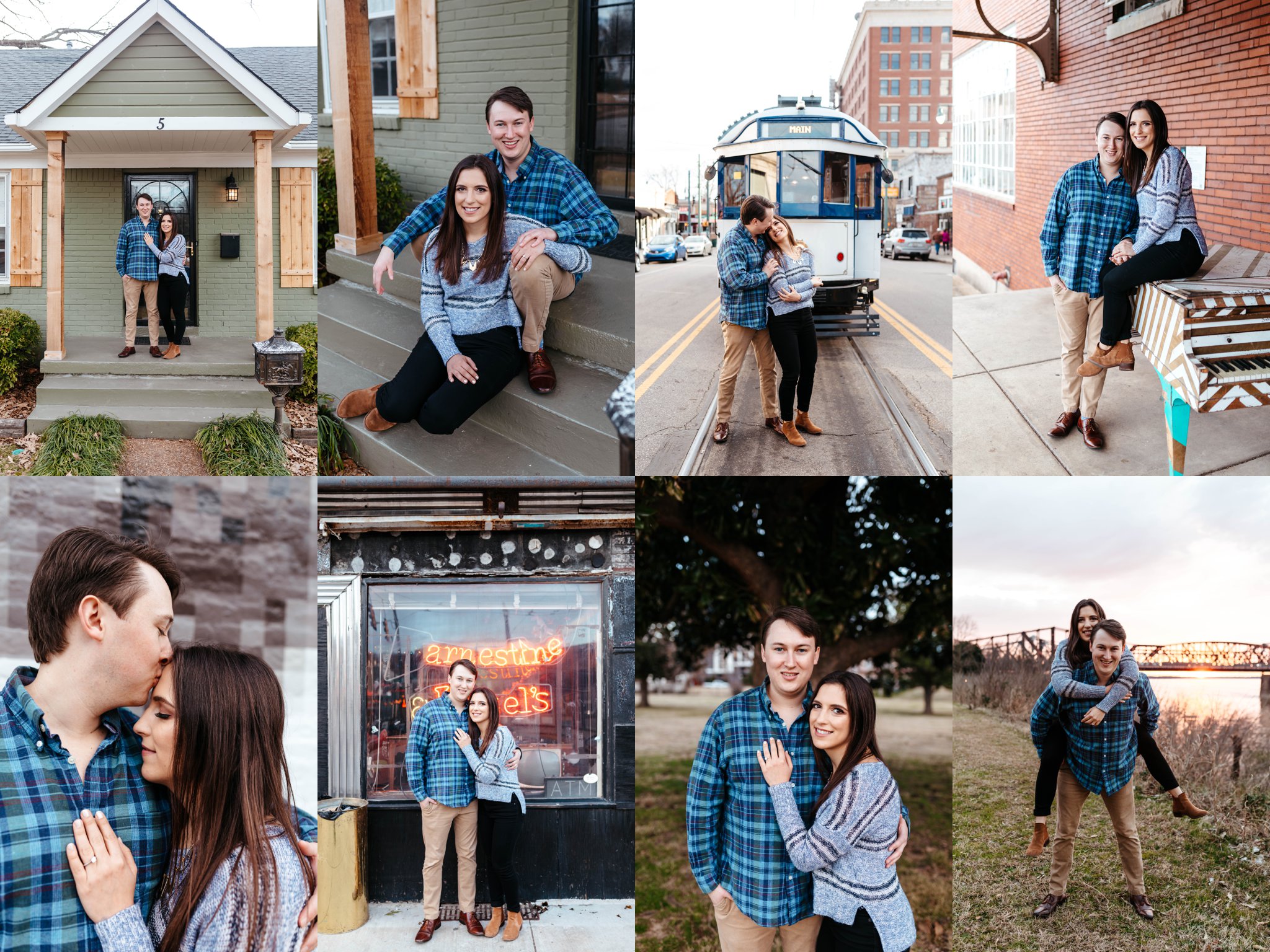 When I first met Meghan + Pat, it was at Muddy’s Bake Shop in East Memphis over cupcakes, which means I instantly knew they were my kind of people. They were so sweet, so down to earth, and I loved getting to know them. They’ve been together over seven years, y’all! We started their downtown Memphis engagement session first at their home, where I got to meet their cat Furrrgeuson. 10/10 would recommend letting me meet your animals, FYI. He stole the show for that first little bit!

Afterwards we traveled downtown to explore. One thing they really wanted was photos with one of the iconic Memphis trolleys, and as luck would have it, one was practically waiting for us when we parked! We stopped by 409 S Main– their then future wedding reception venue- to snap some photos, found some cool murals, and ended up catching the sunset along the Mississippi River. THOSE COLORS, y’all. It was absolutely stunning.

Orange is the new black

The pair first met at a mutual friend’s birthday party in Knoxville, TN. Honestly, I don’t know if I’ve ever attended a wedding with more University of Tennessee fans than theirs, but more on that later. 😉 All these years later they still love to cheer on the Vols (I GUESS I can forgive them… Go Tigers Go!) but also have settled down in Memphis and made this their home.

One thing I noticed during their engagement session is just how comfortable these two are around each other. When a relationship begins in college and carries on afterwards, you get a chance to grow up TOGETHER as well as individually. They have a familiarity, a peace, a special THING between the two of them that comes after time. It was a beautiful thing to be in the presence of. <3

Stay tuned for their wedding, hitting the blog soon! 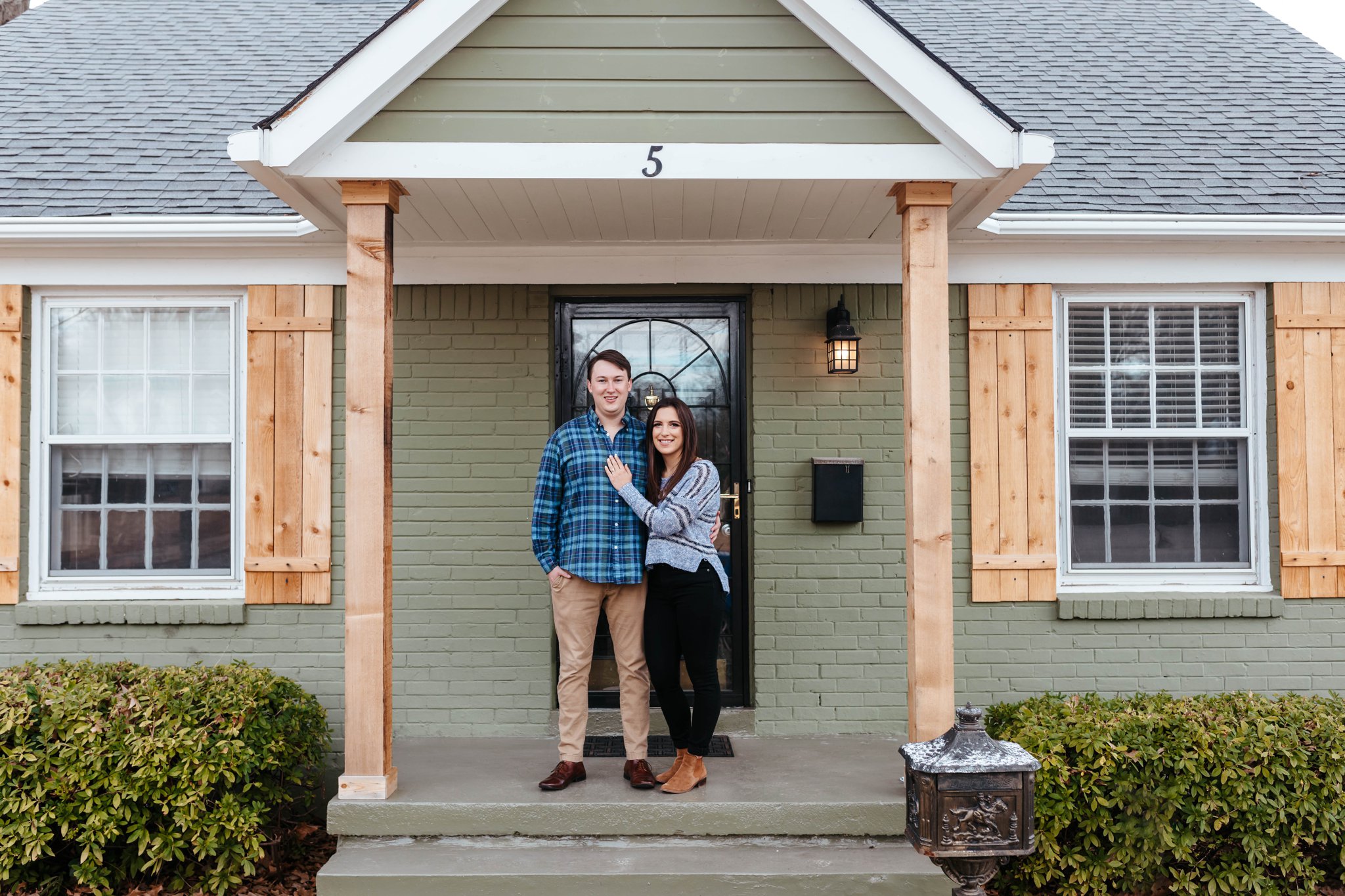 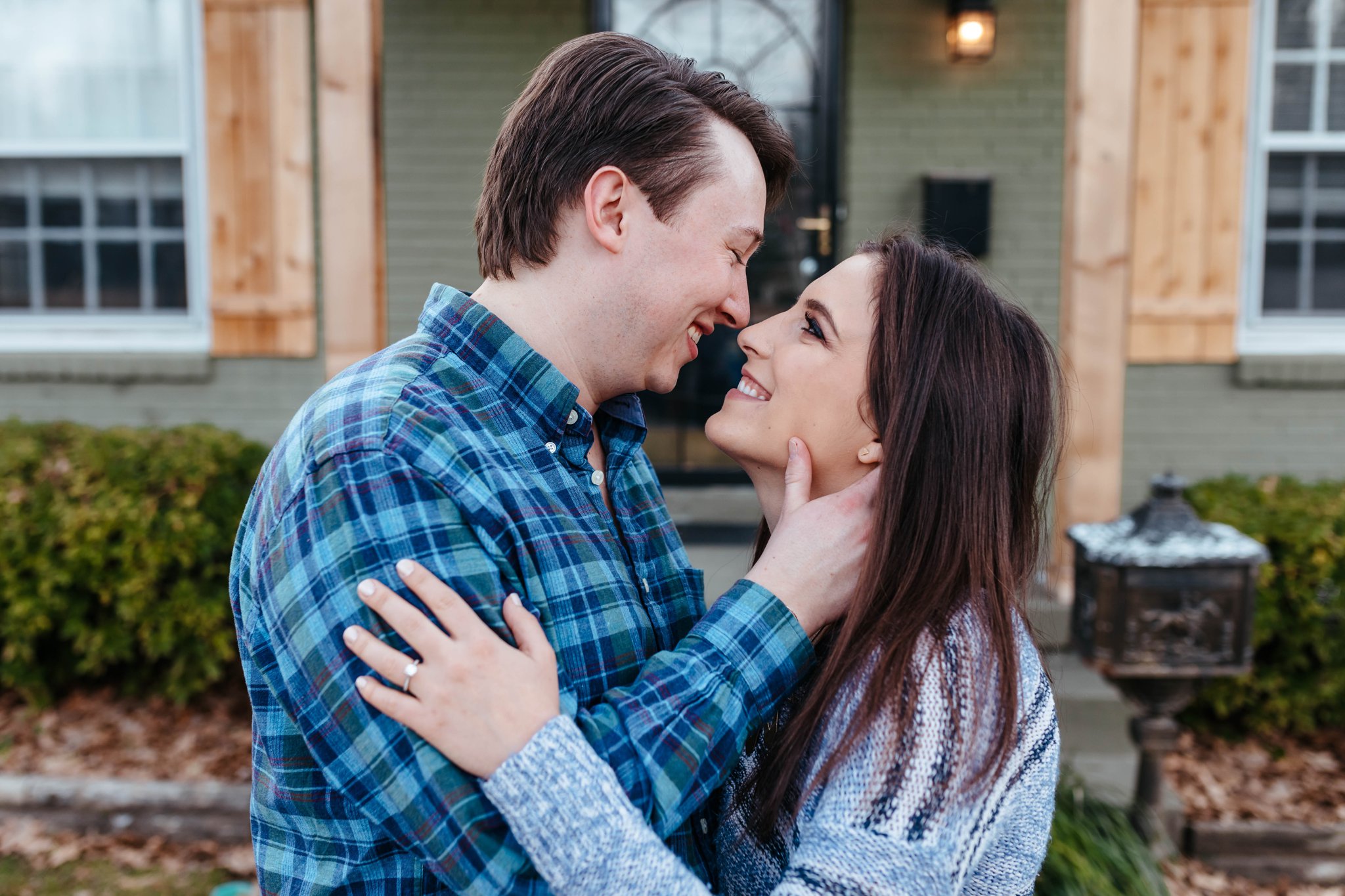 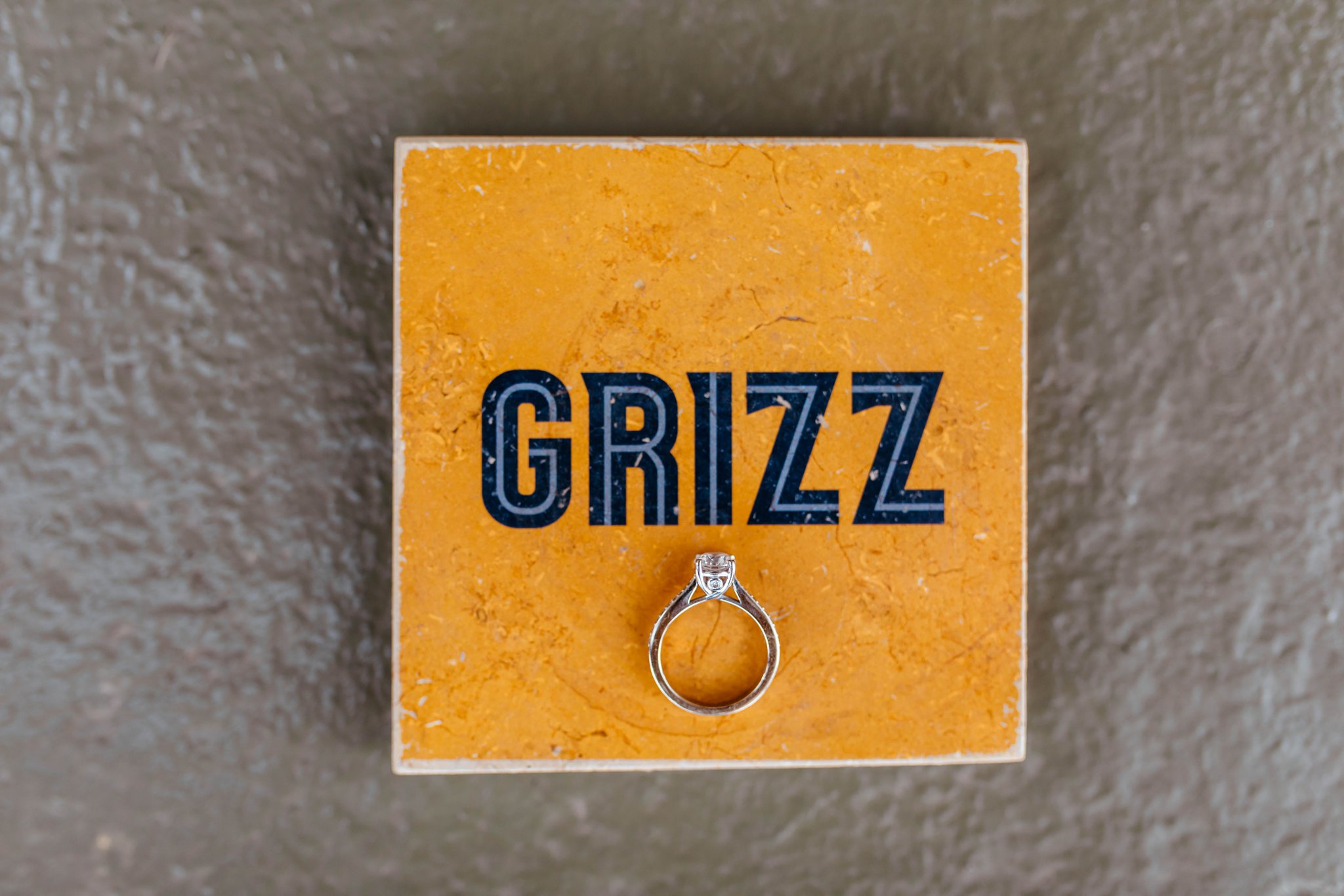 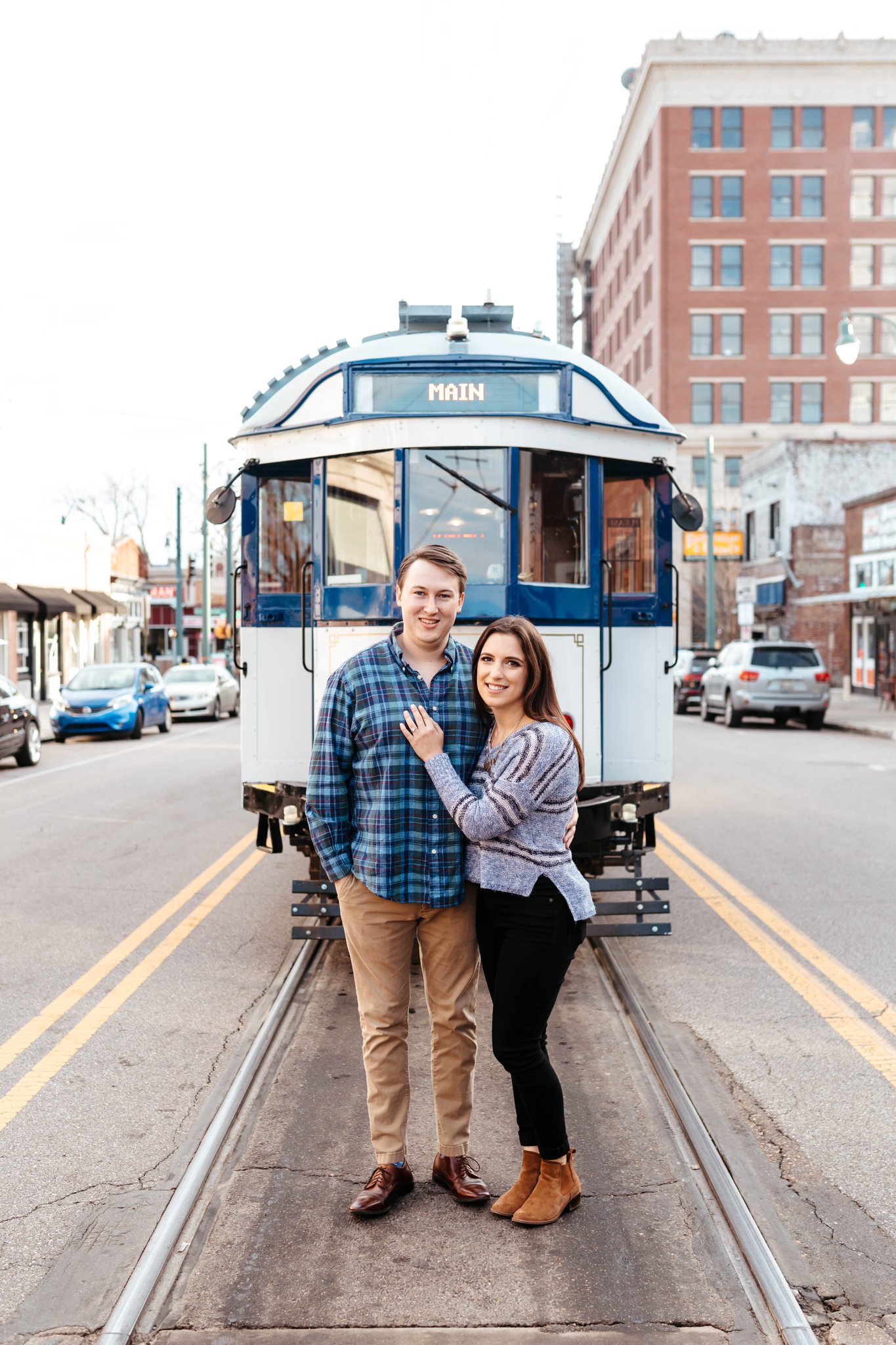 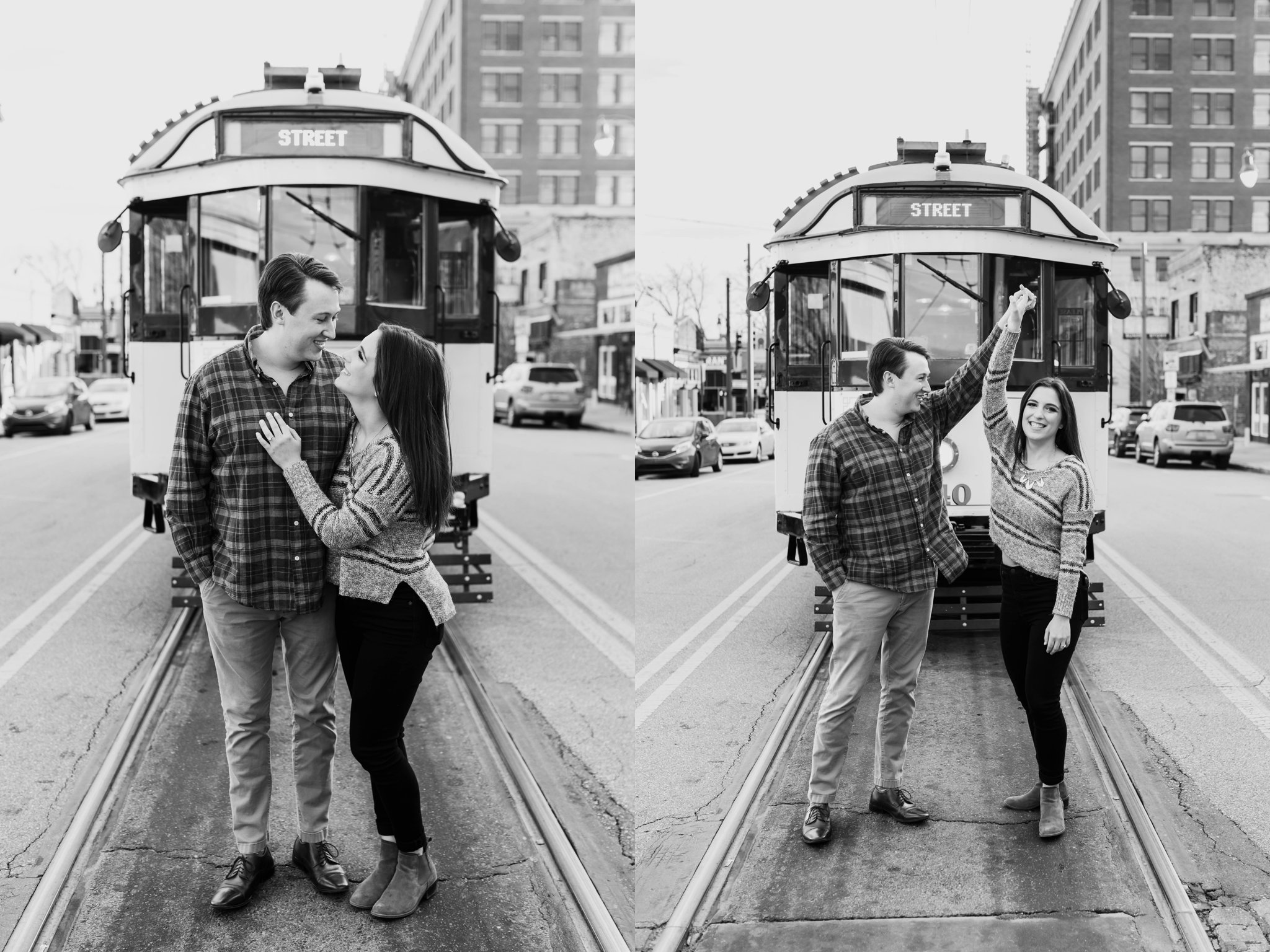 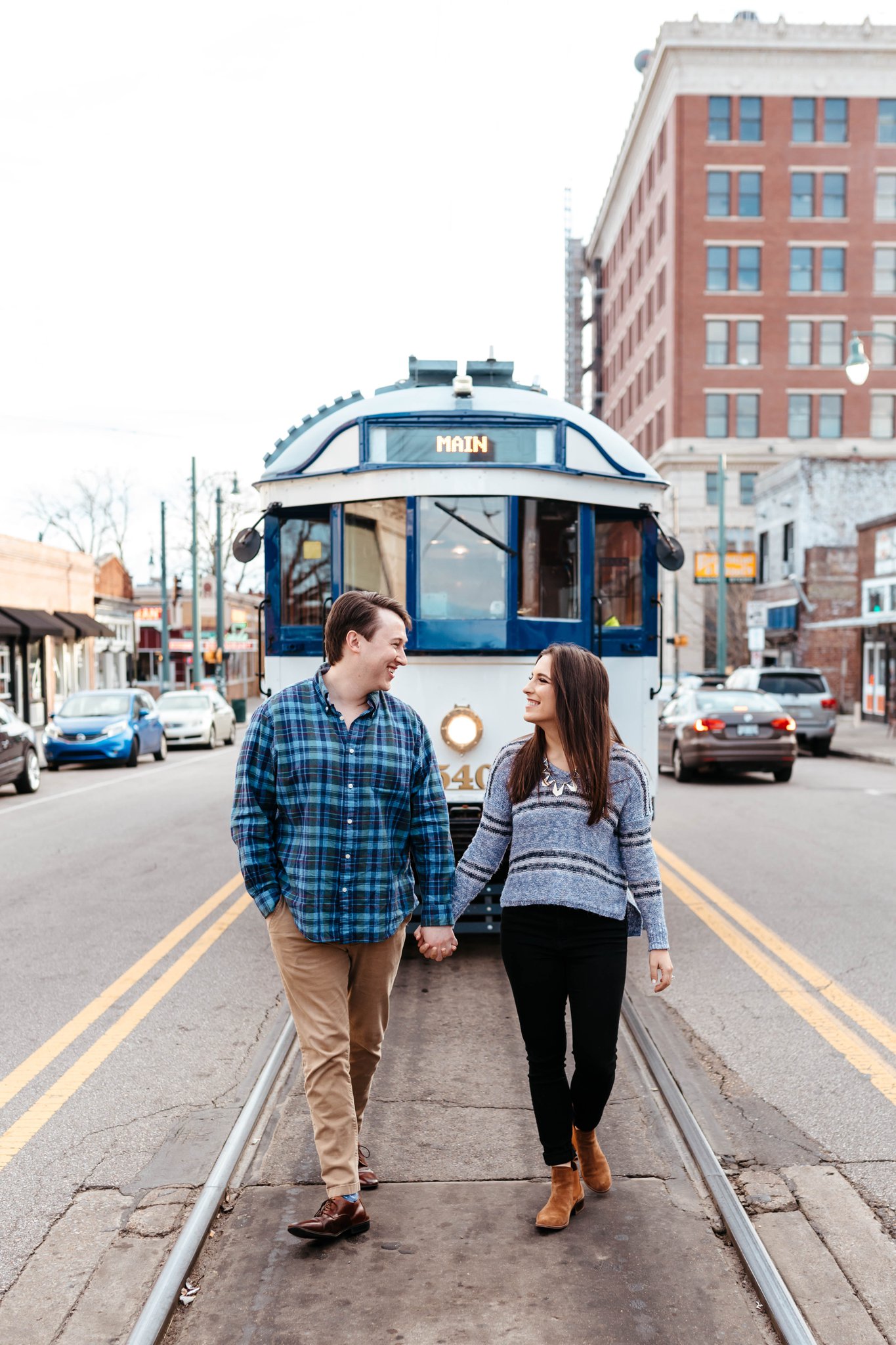 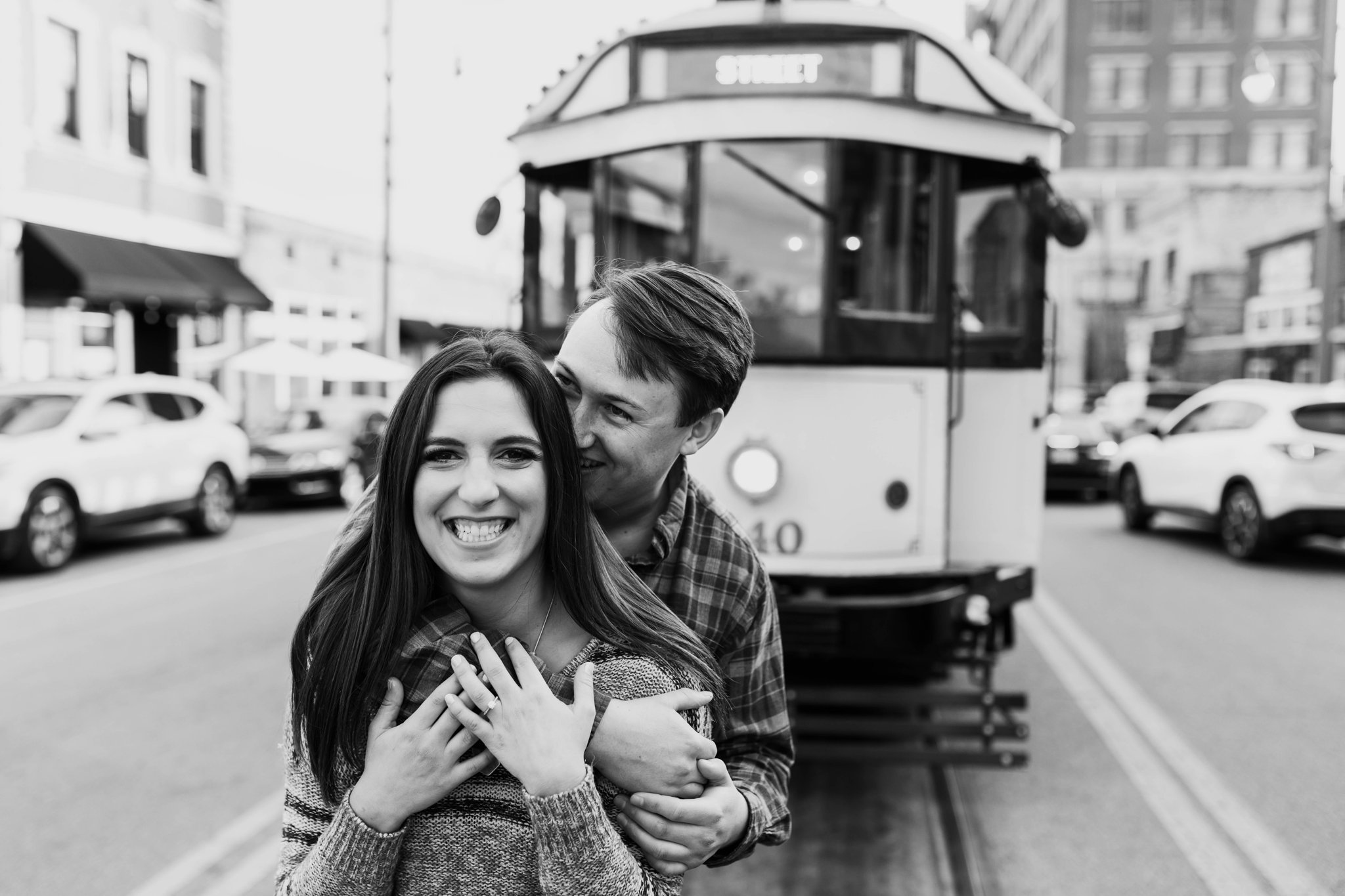 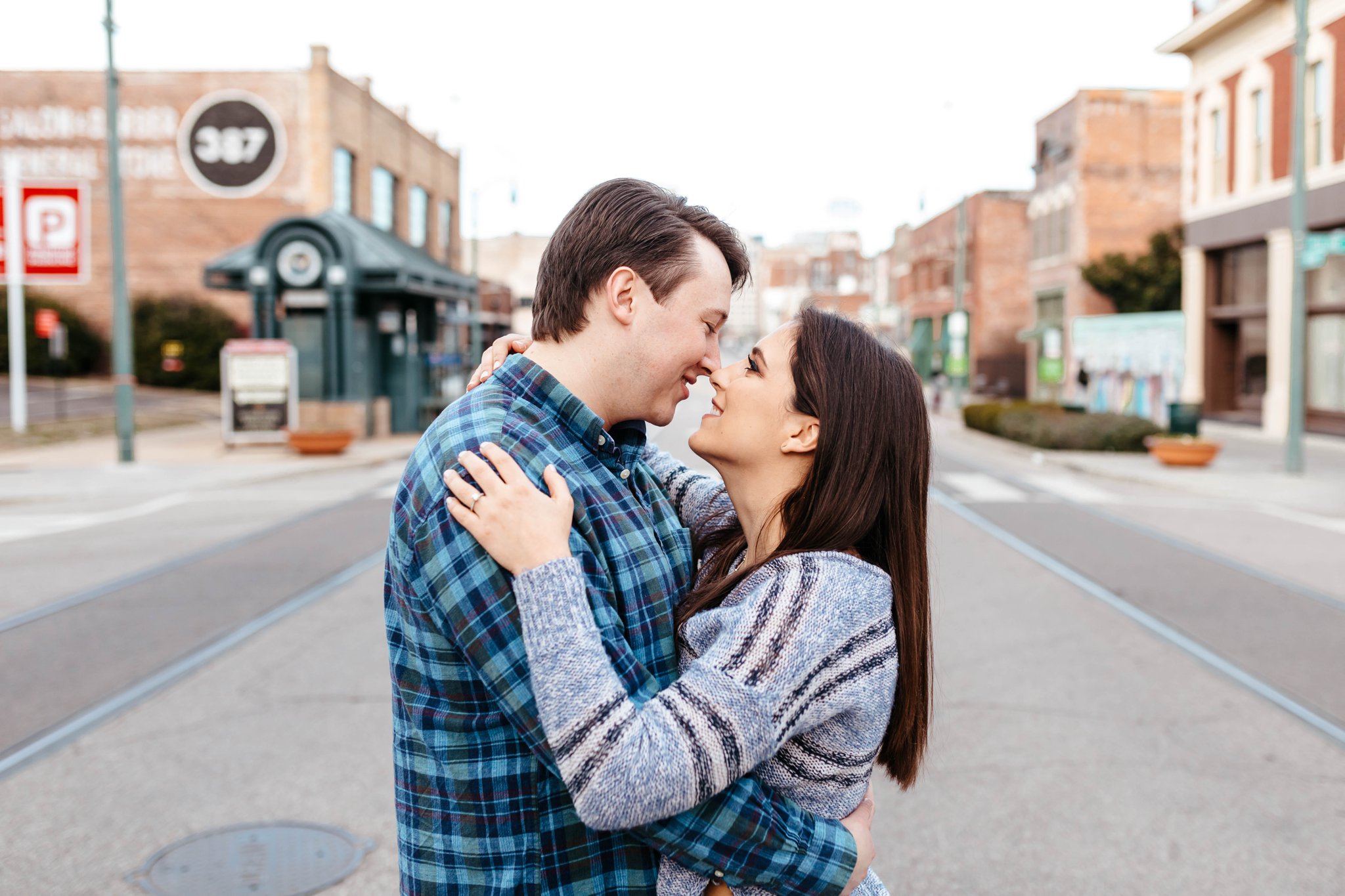 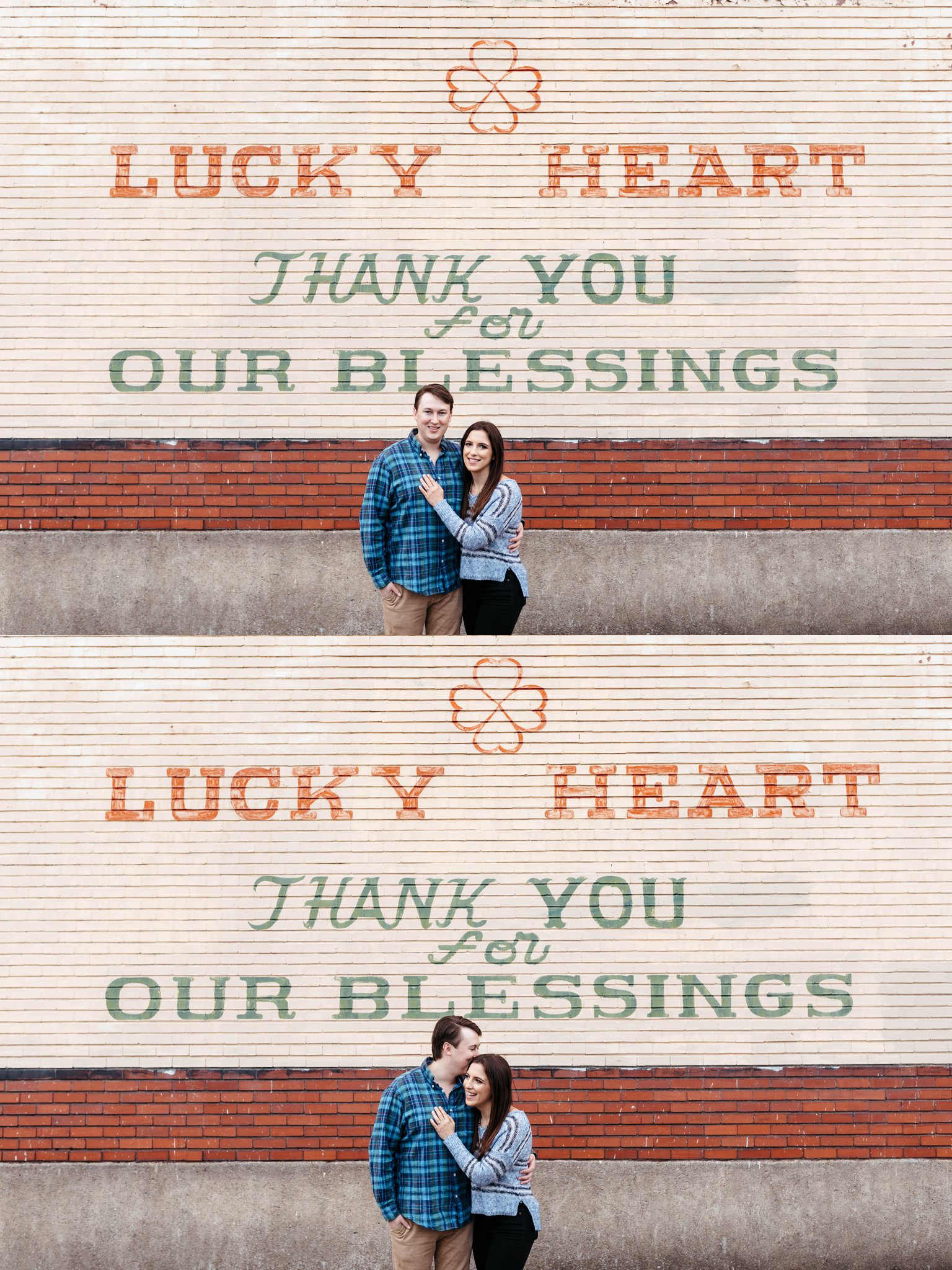 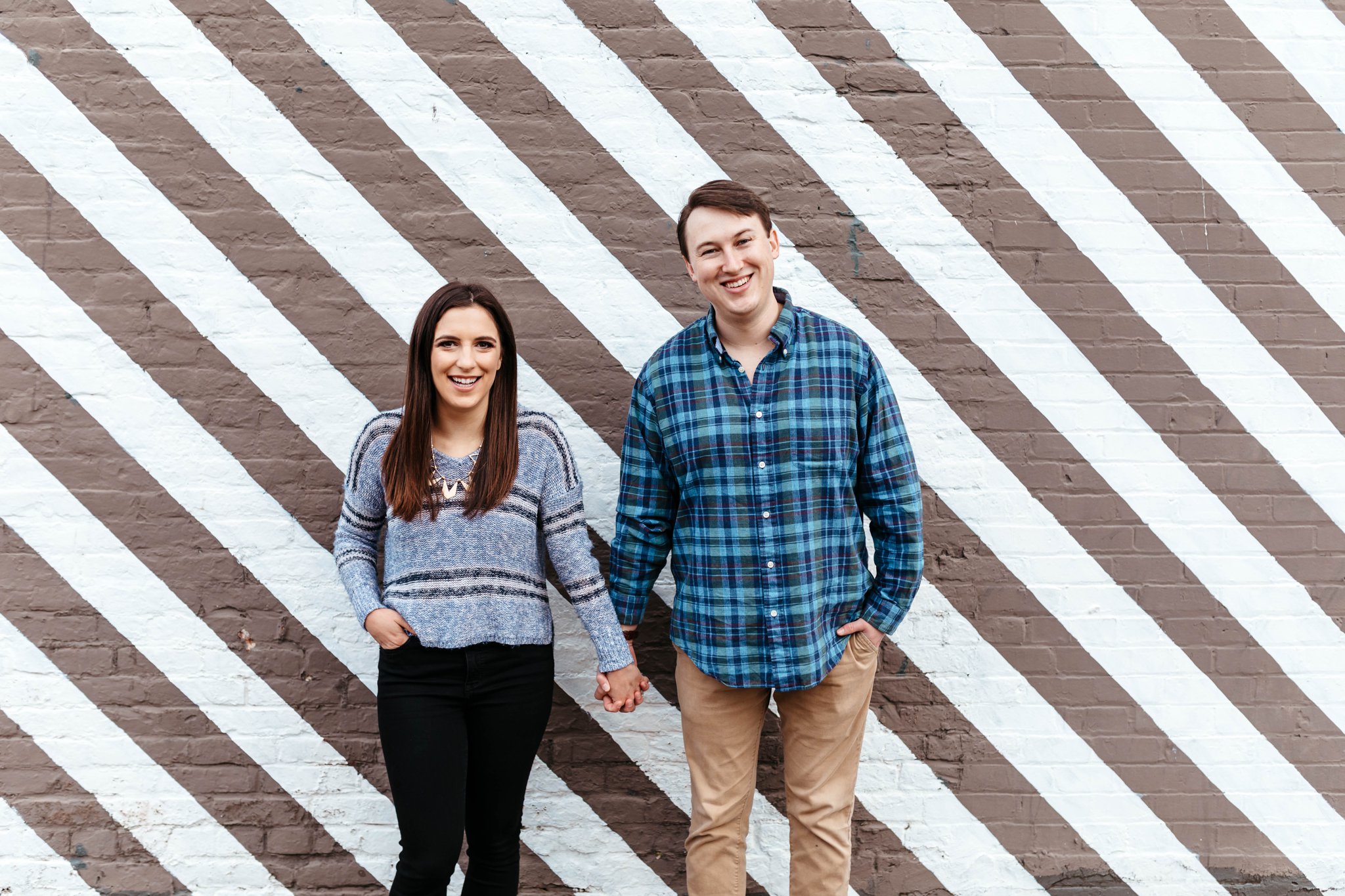 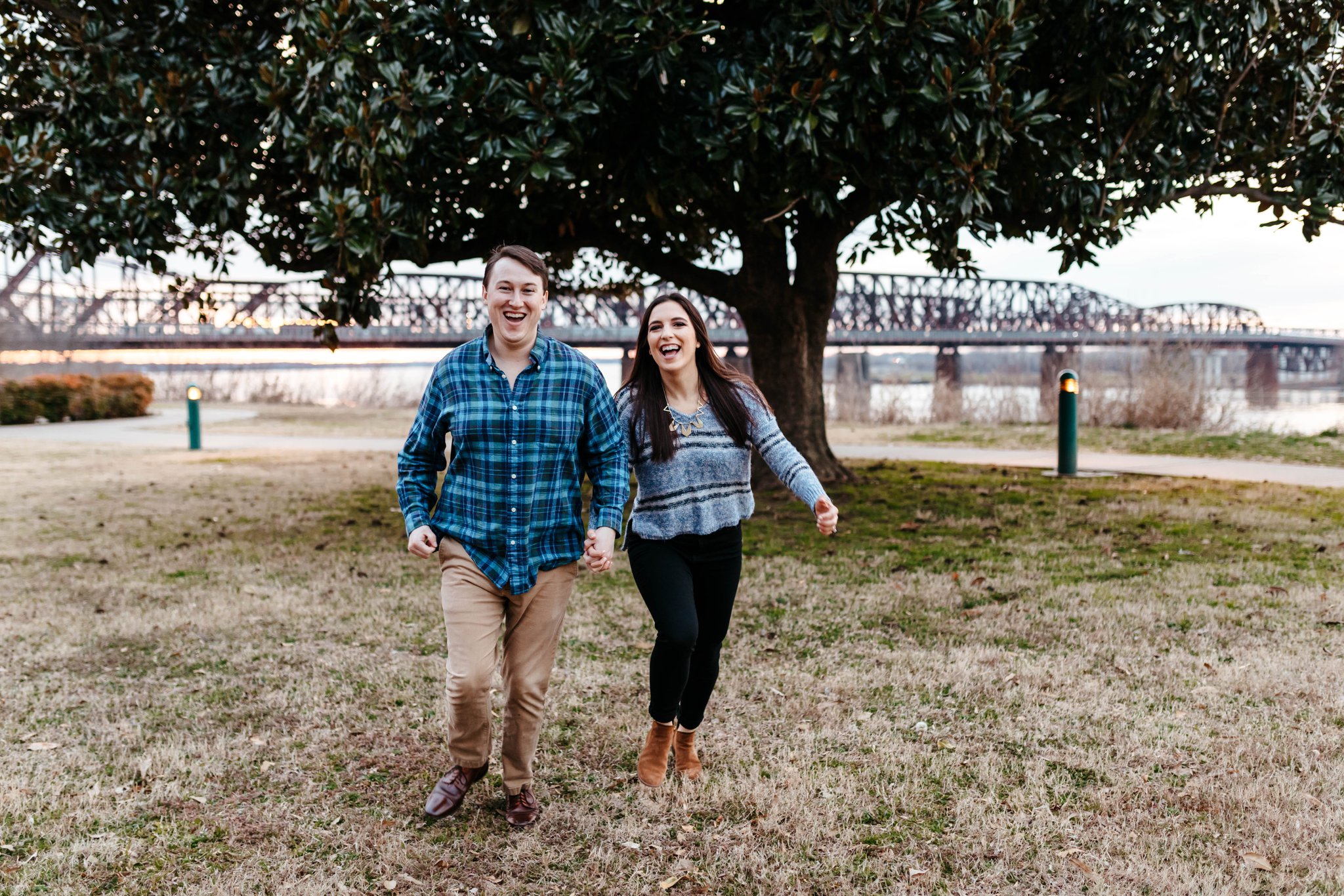 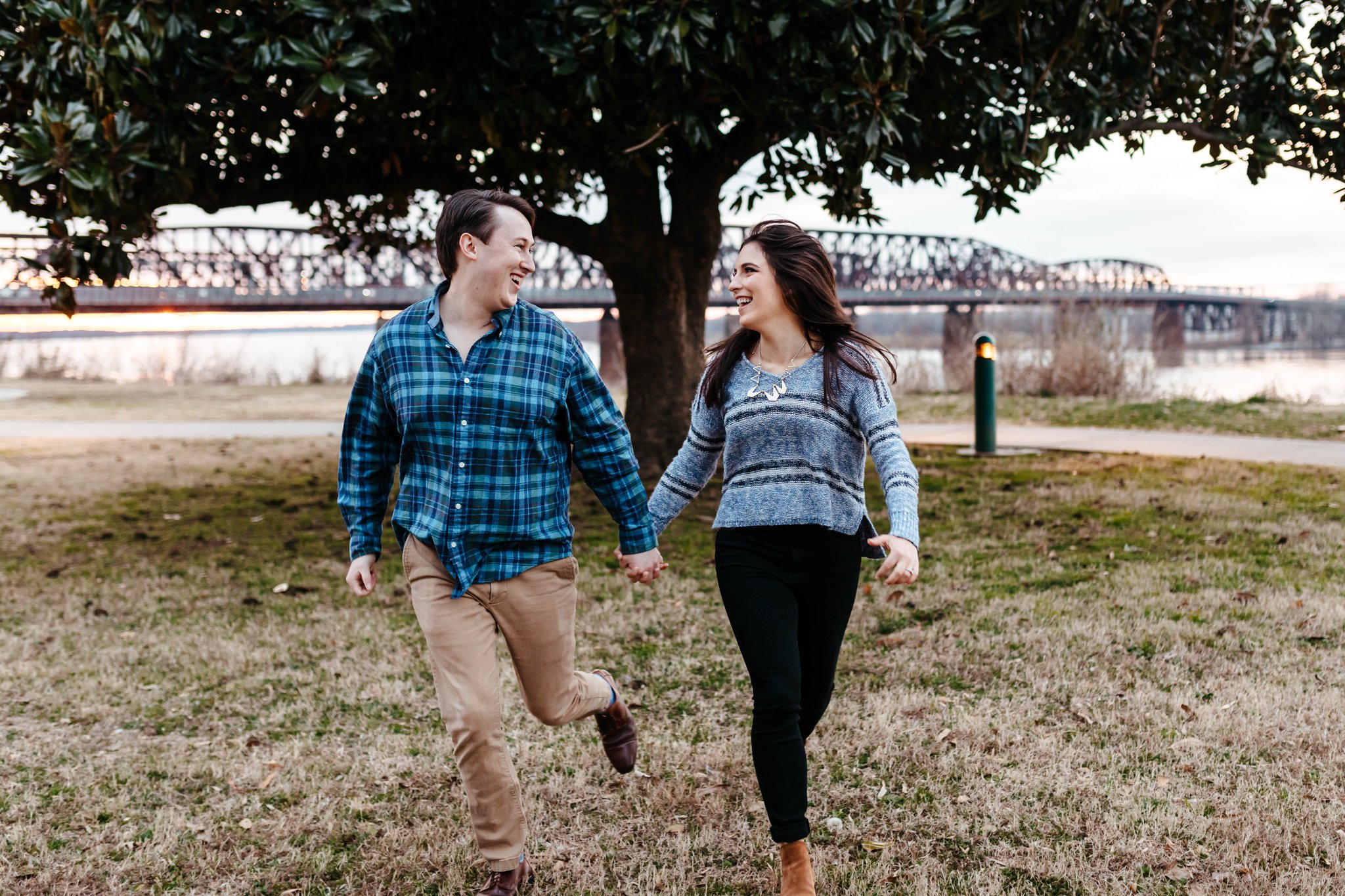 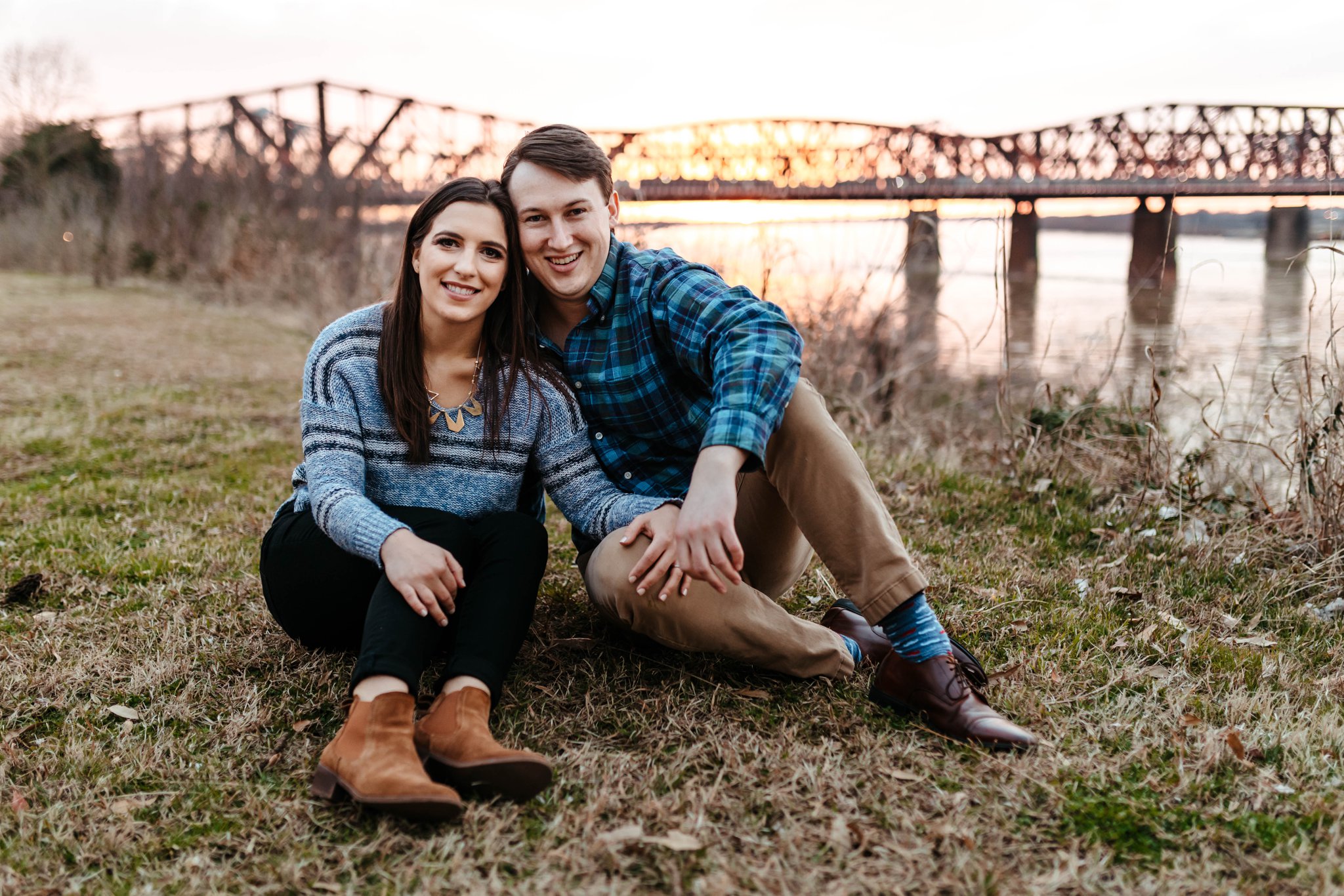 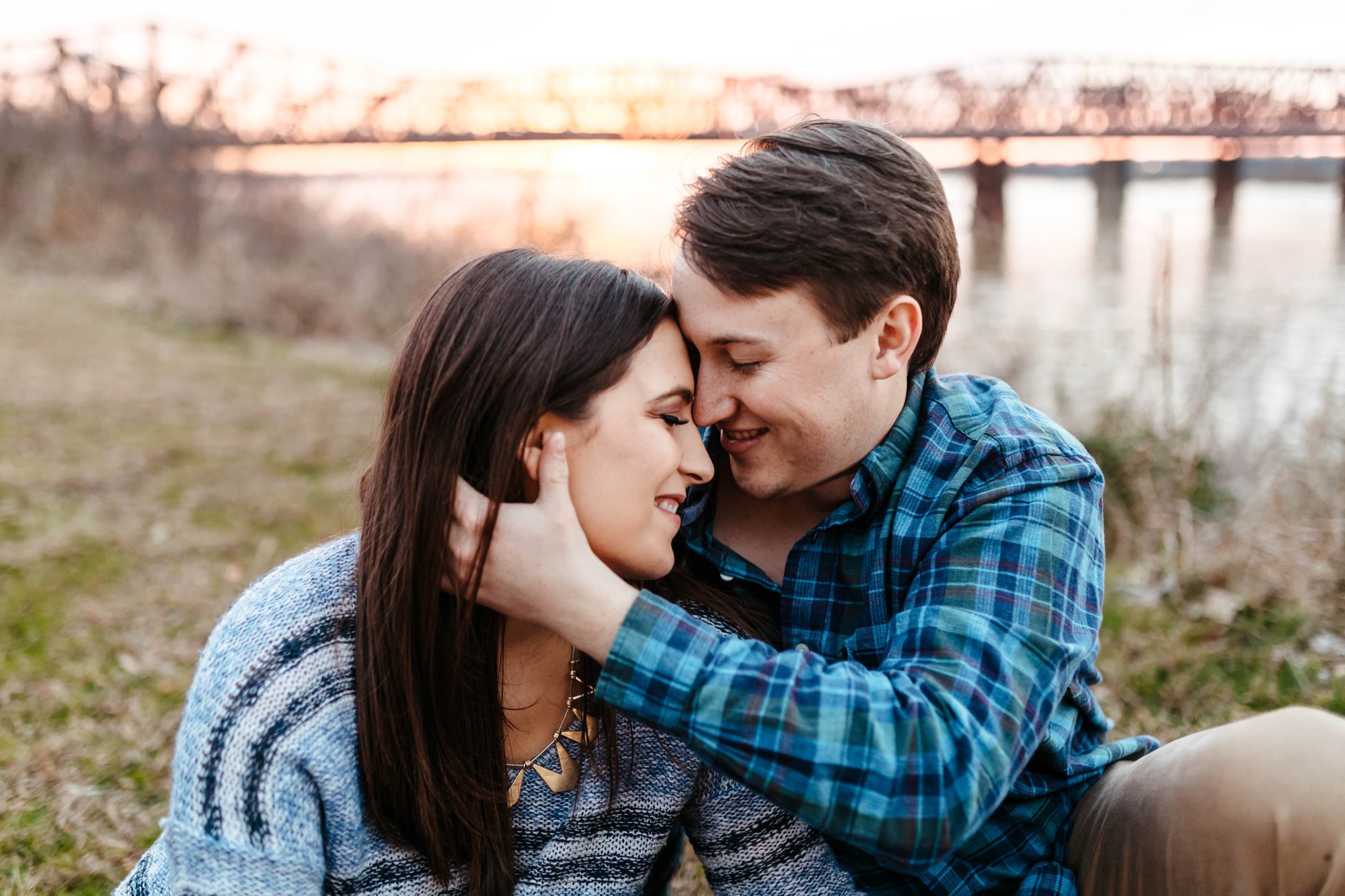 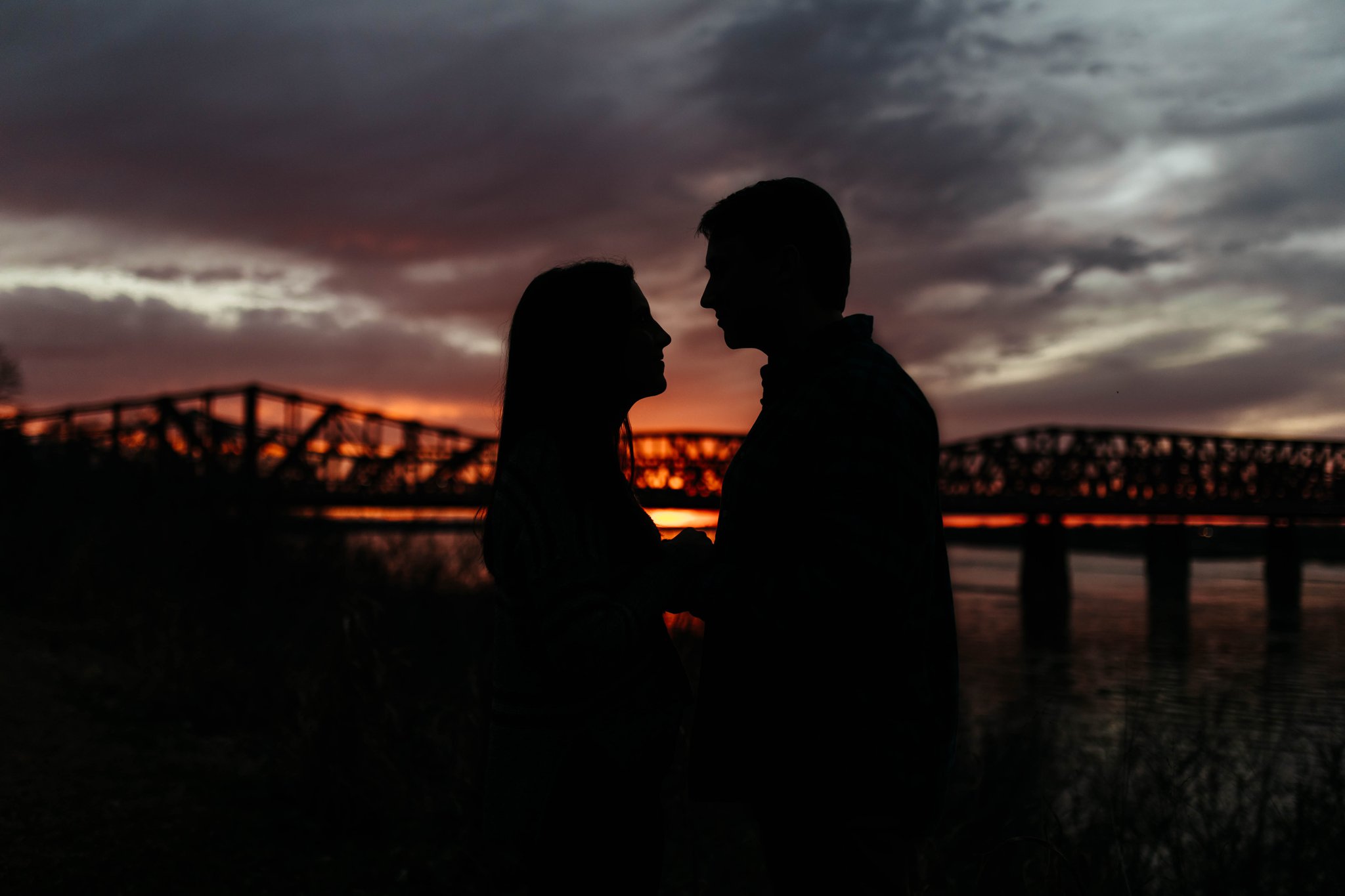 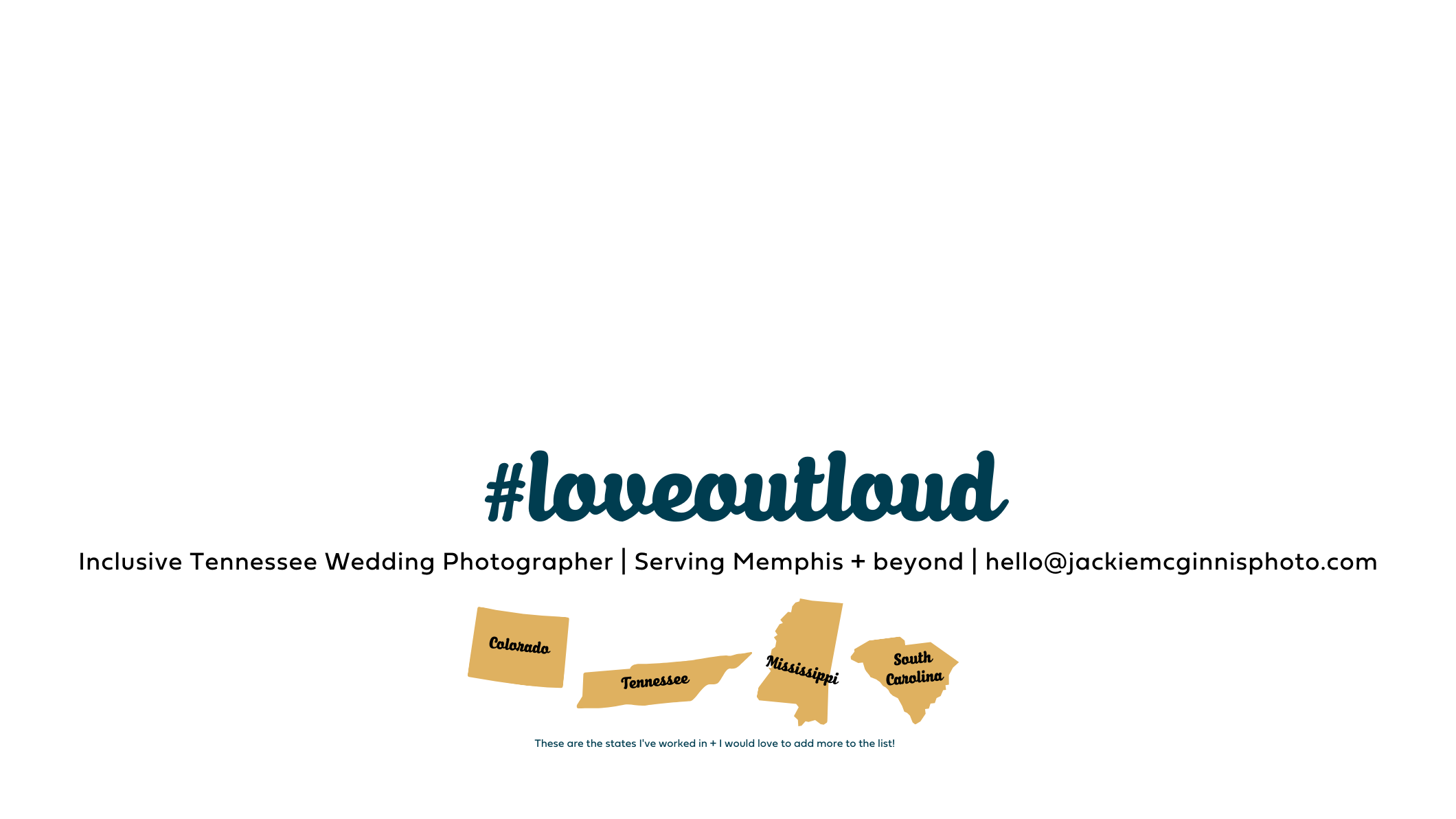 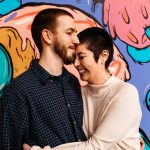