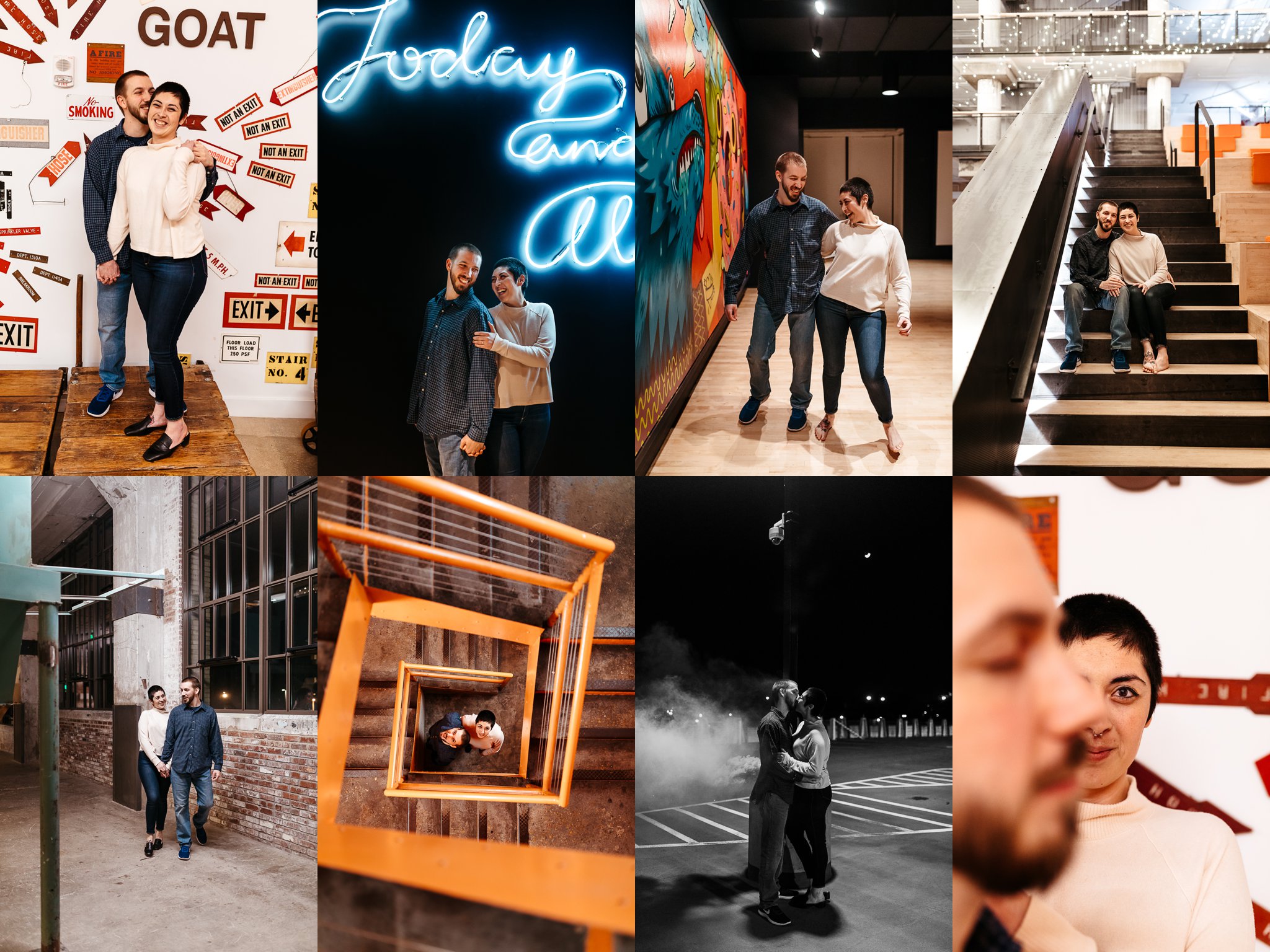 Earlier this year, I met Karla + Drew for their urban engagement session at Crosstown Concourse in Midtown Memphis not knowing that they would end up being some of my most favorite people ever! These two are WAY cooler than I can ever hope to be, and we had so much fun exploring the spacious Crosstown while getting to know each other.

The love these two share really is so apparent. Karla pretty much giggled the ENTIRE TIME, and both were willing to be fun + goofy + laugh at my lame jokes (y’all are MVPs for real.)

Fairytale for the Digital Age

The two met a few years ago through a video game after they realized they had practically identical gamertags (his is WalkerOfTheSky, hers is Walker0fTheSky… it’s a Star Wars reference!) Karla actually lived in California at the time, but the sparks were undeniable + the two began dating. Almost a year and a half later, Drew flew to Cali + spent a week with Karla, and the rest is history. She moved to be with him just a few short months later! Today they live together here in Memphis, Tennessee with their cat, Cash. They still play video games together, just now side by side.

We ended their engagement session outside of Crosstown in the stairwells and the top floor of the building’s parking garage! If y’all didn’t know, I love playing with smoke bombs. I happened to have a red + blue one (I use the Enola Gaye smoke grenades) and it so happened that those were their two main wedding colors, so of course we had to use them! Fun fact: two awesome Memphis Police Department officers were patrolling like normal but scared the HELL out of us because we thought we were in trouble, hahahaha! It made for a good story, and some amazing photos to boot! 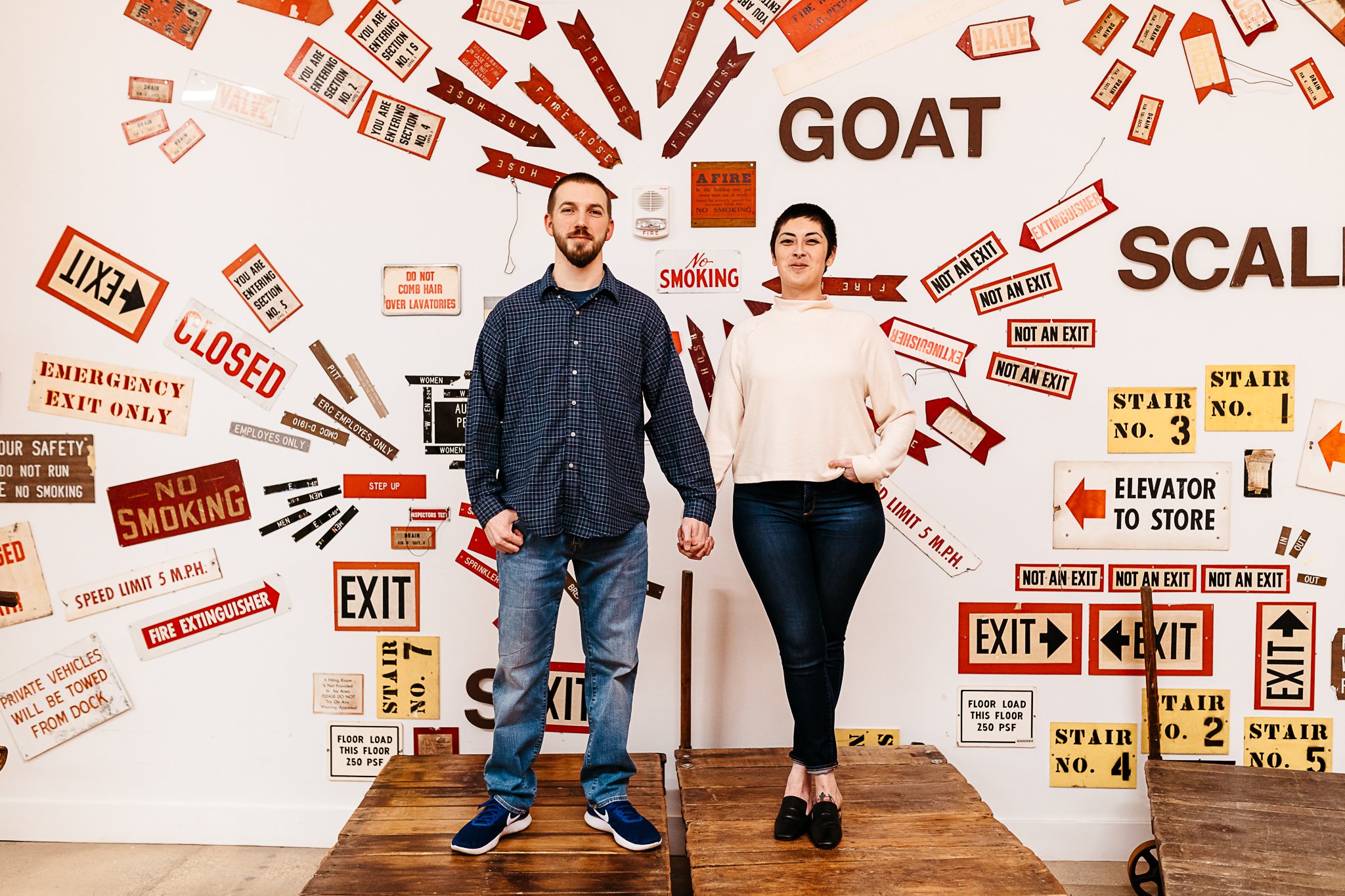 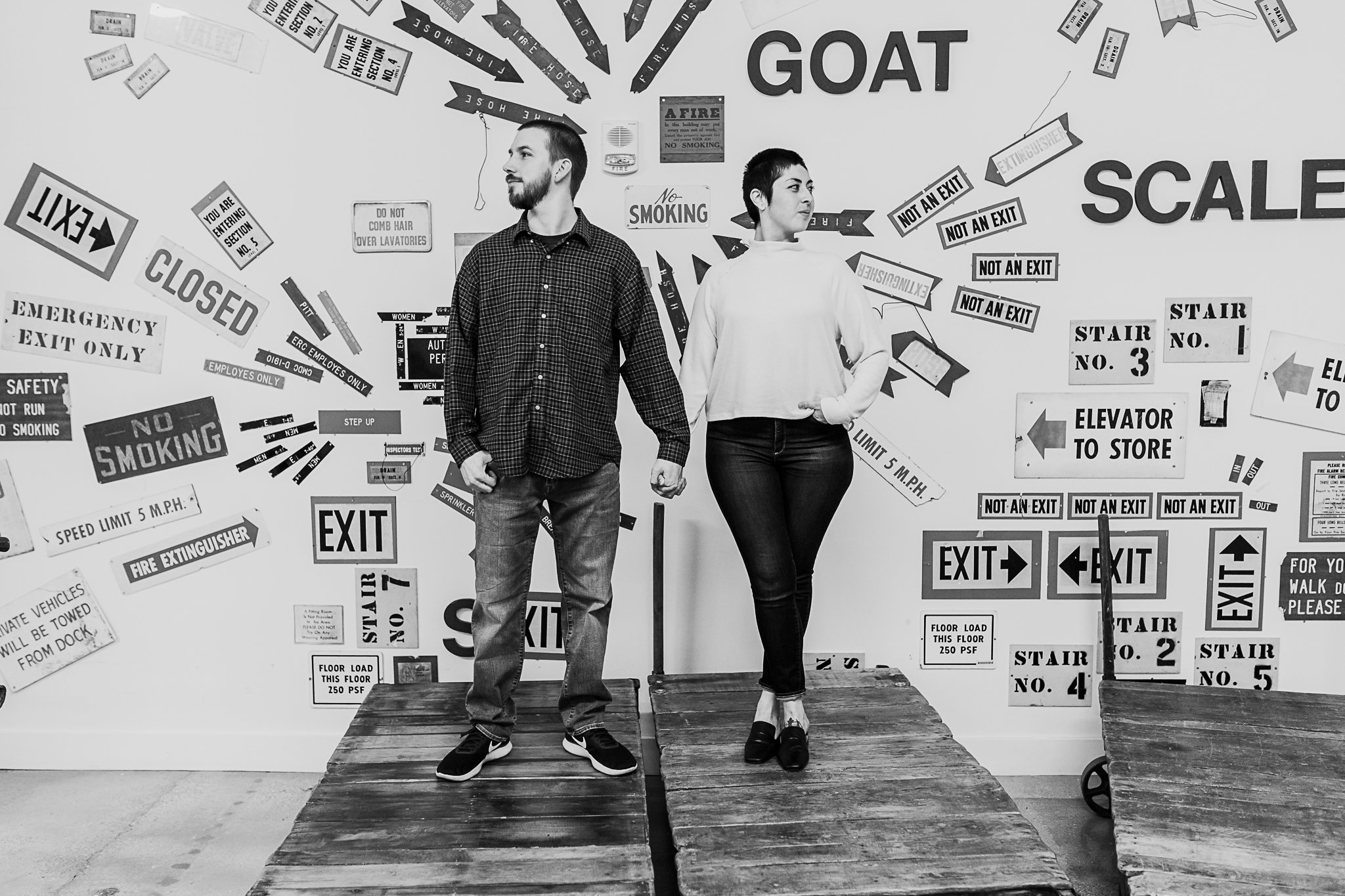 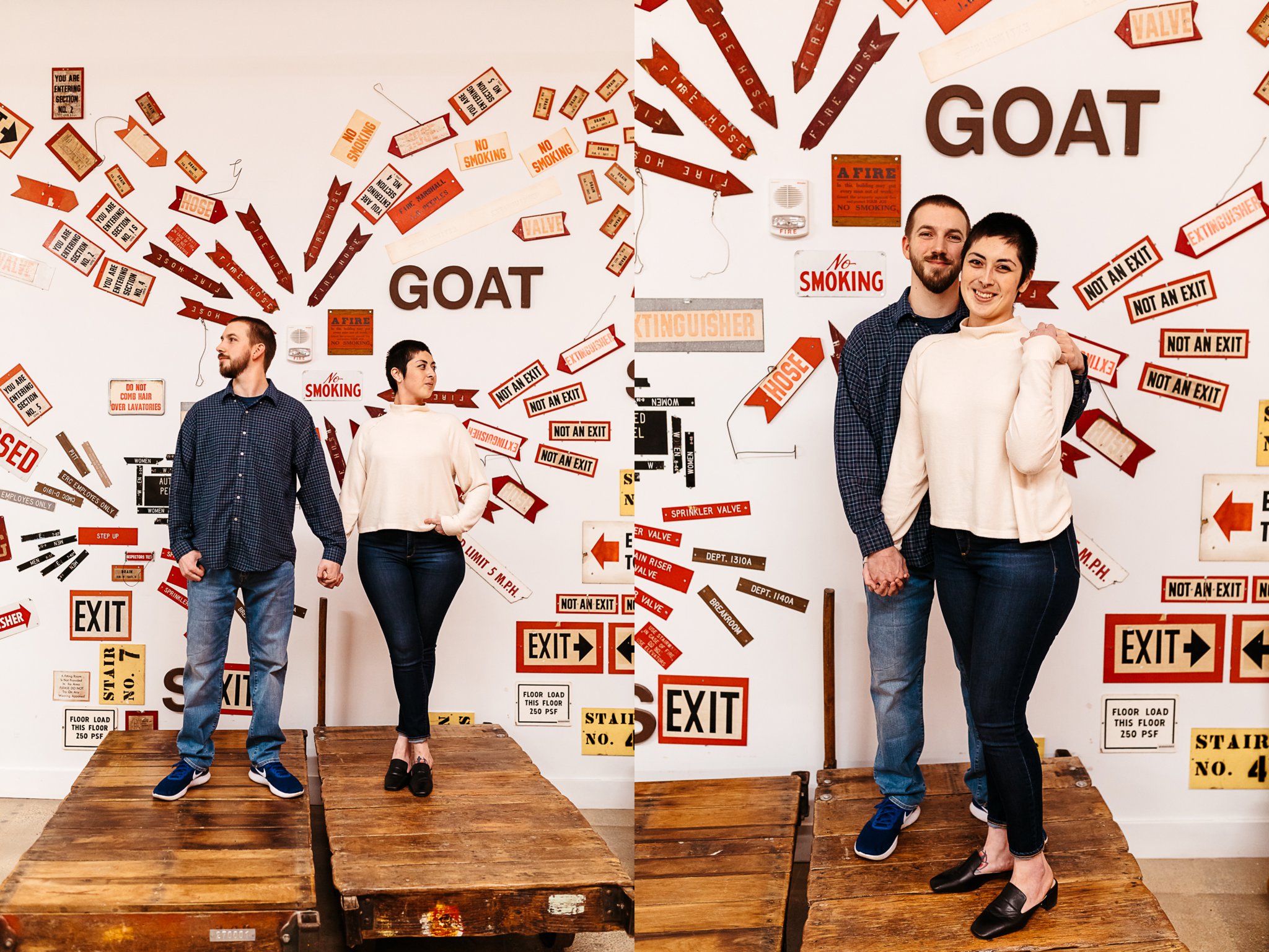 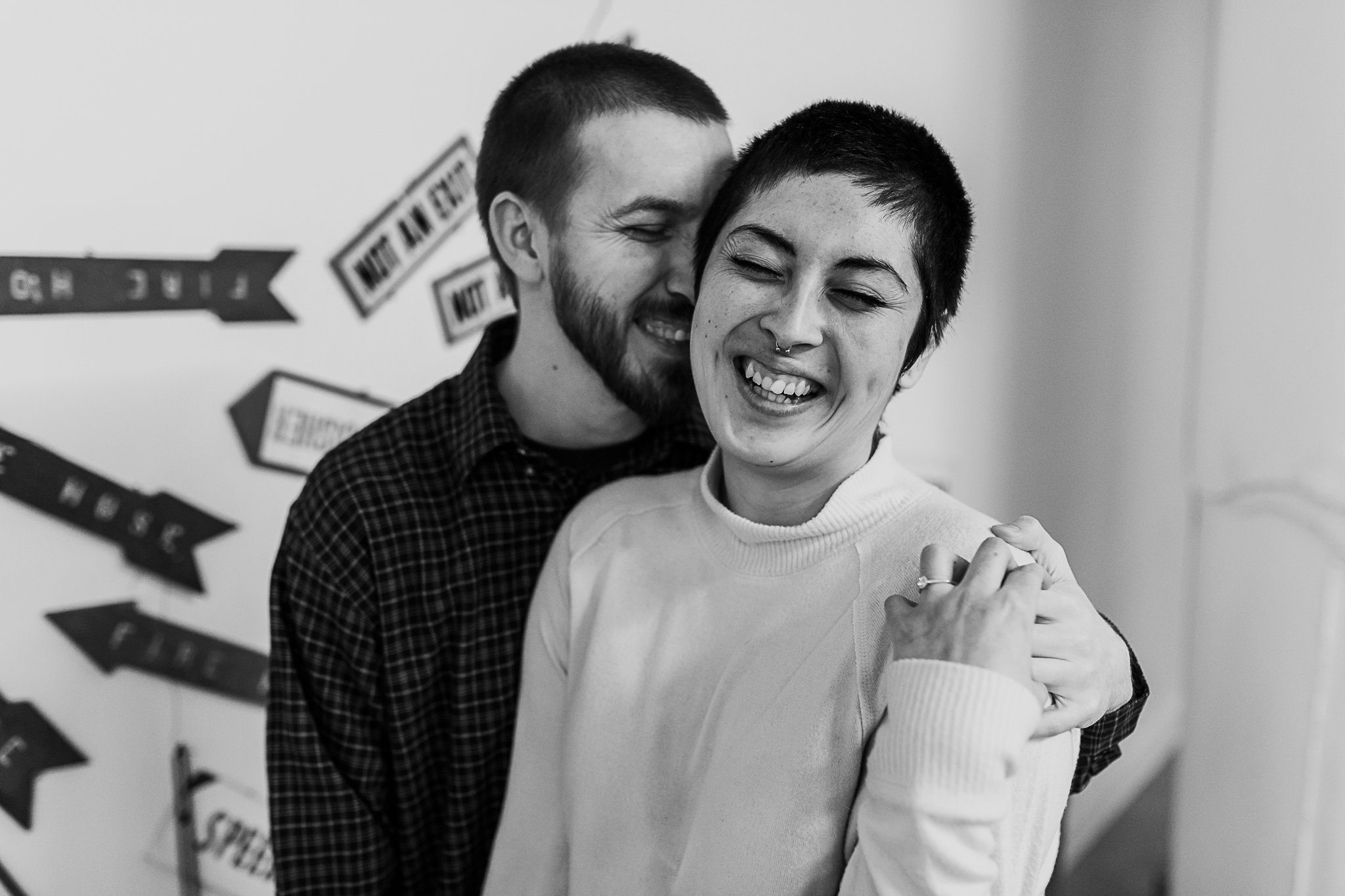 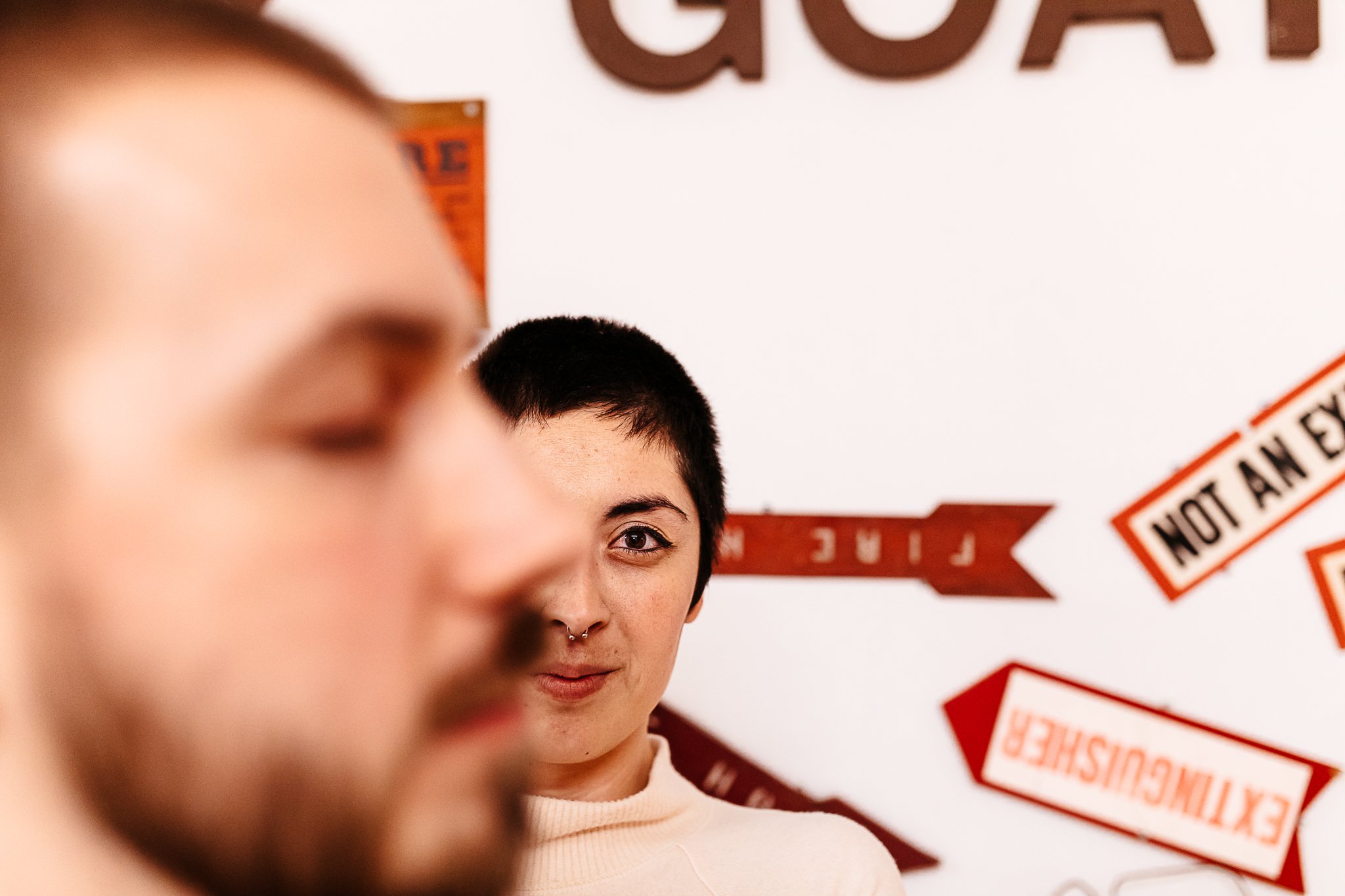 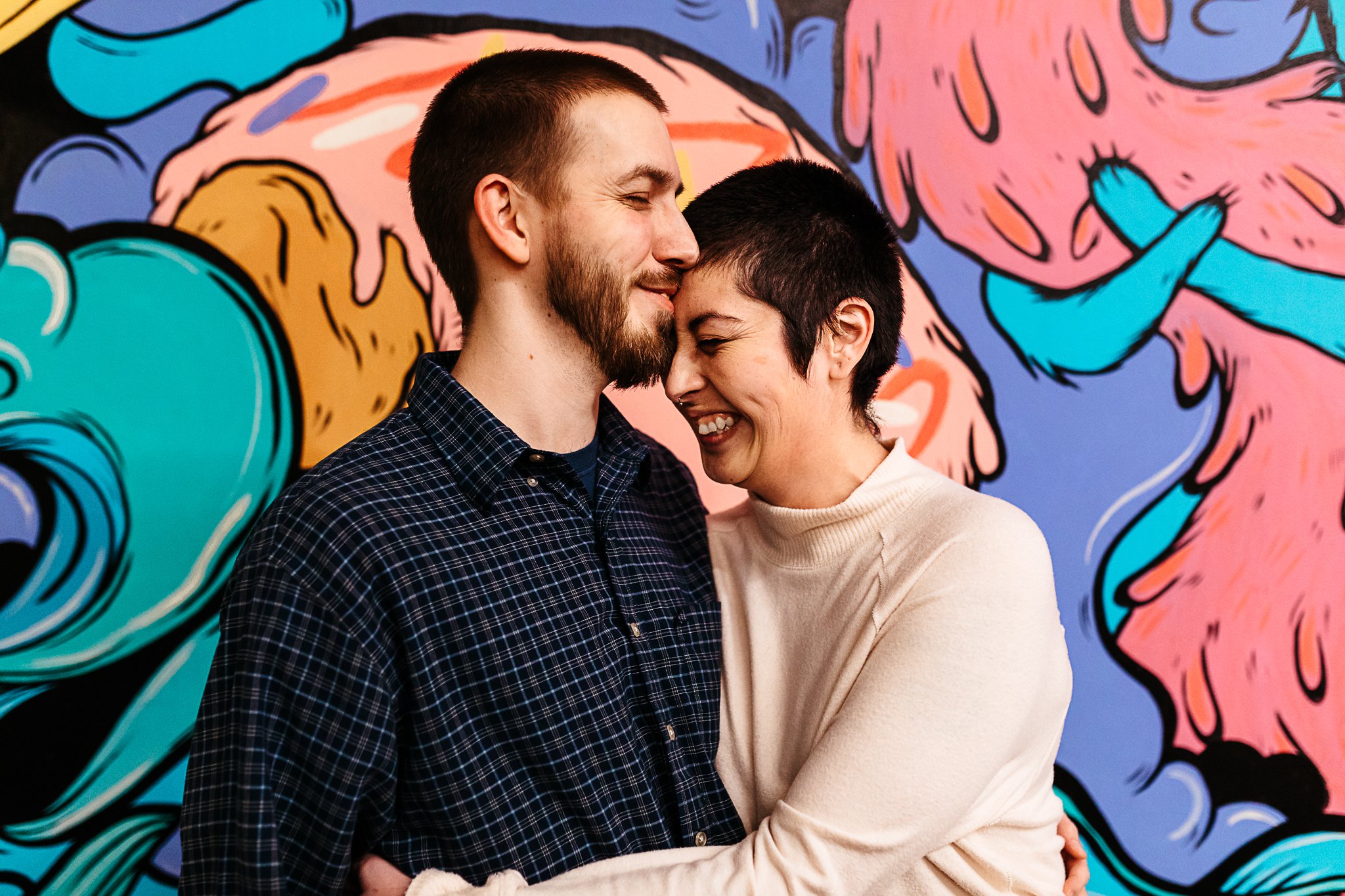 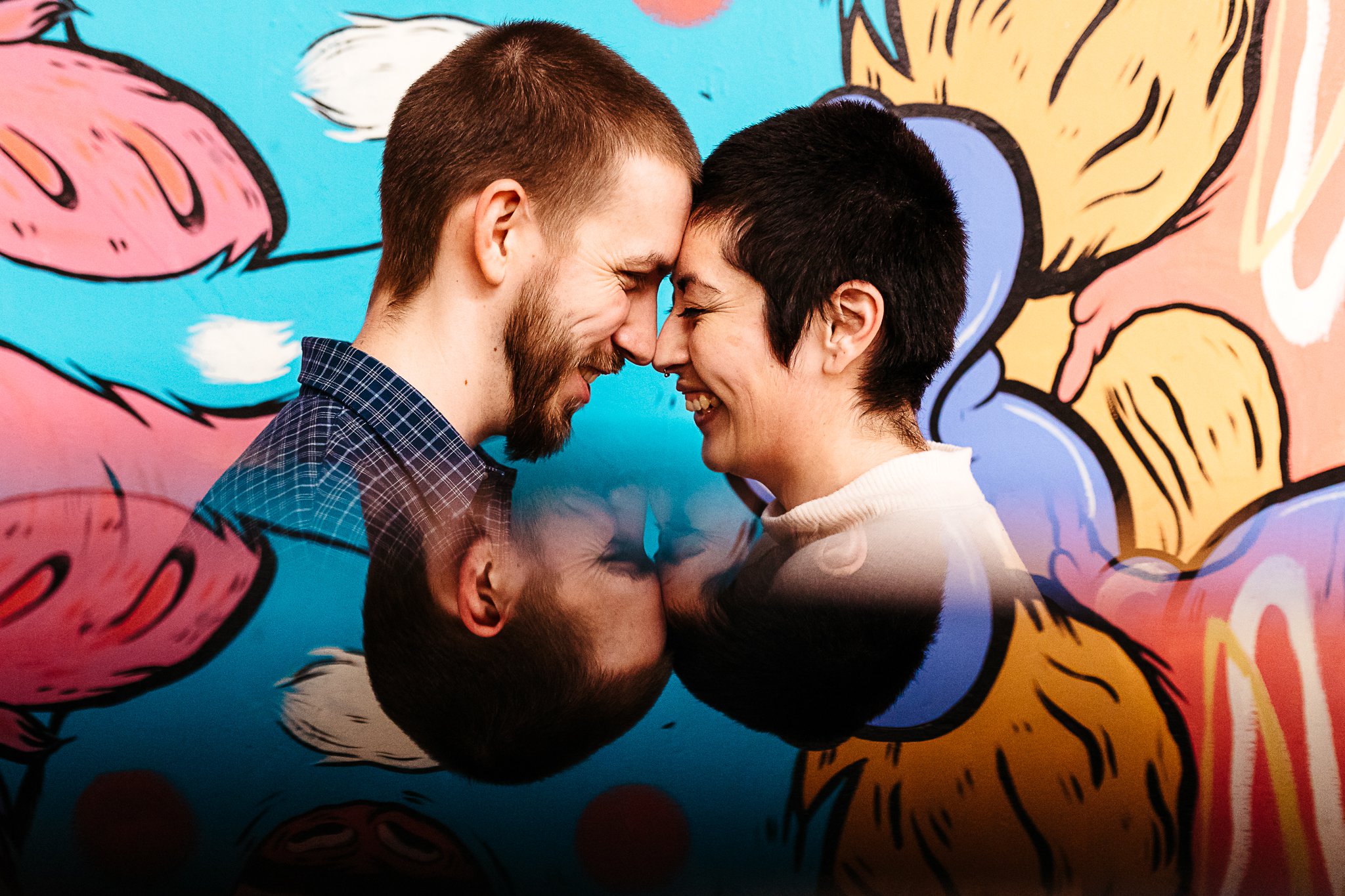 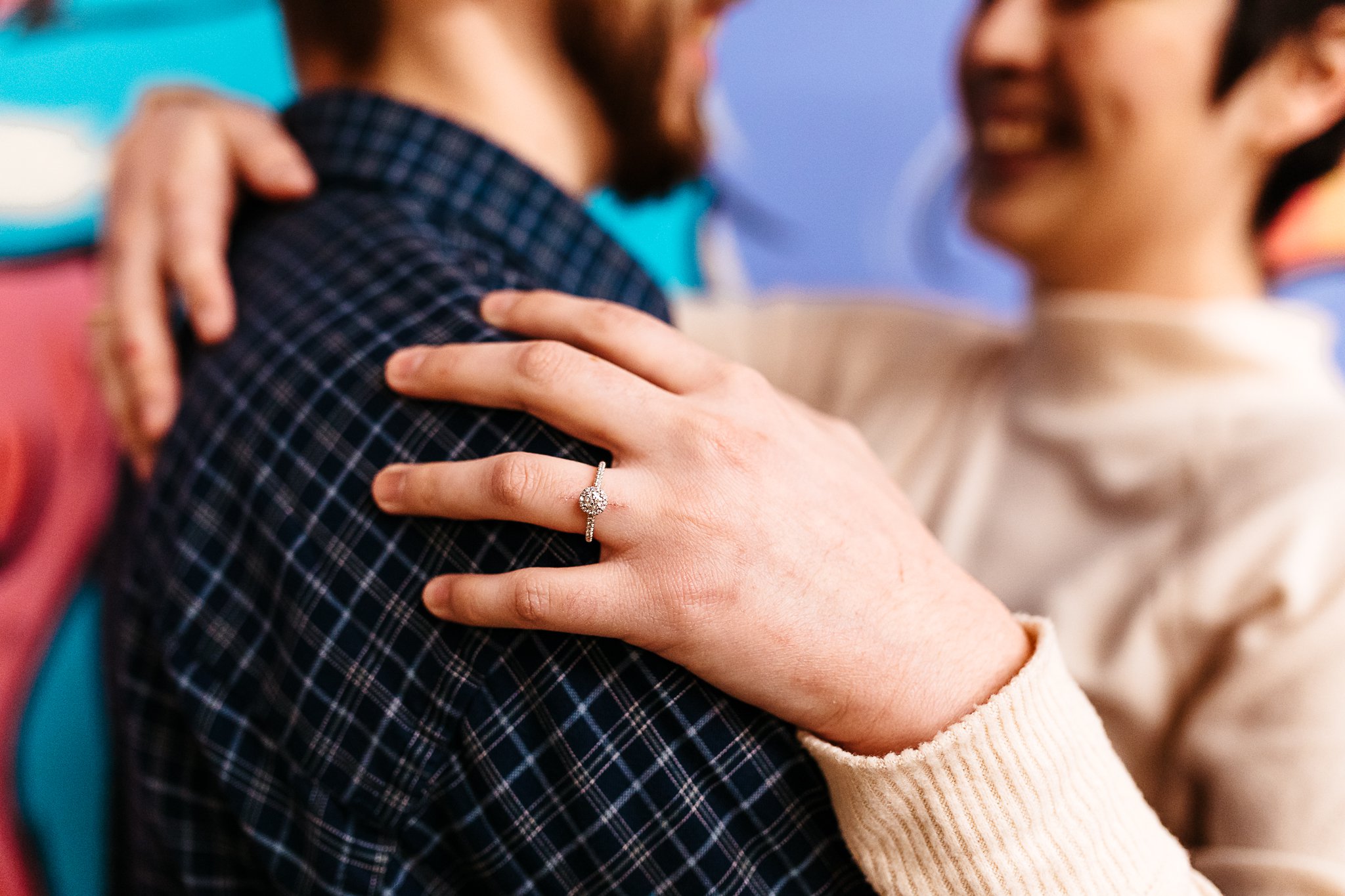 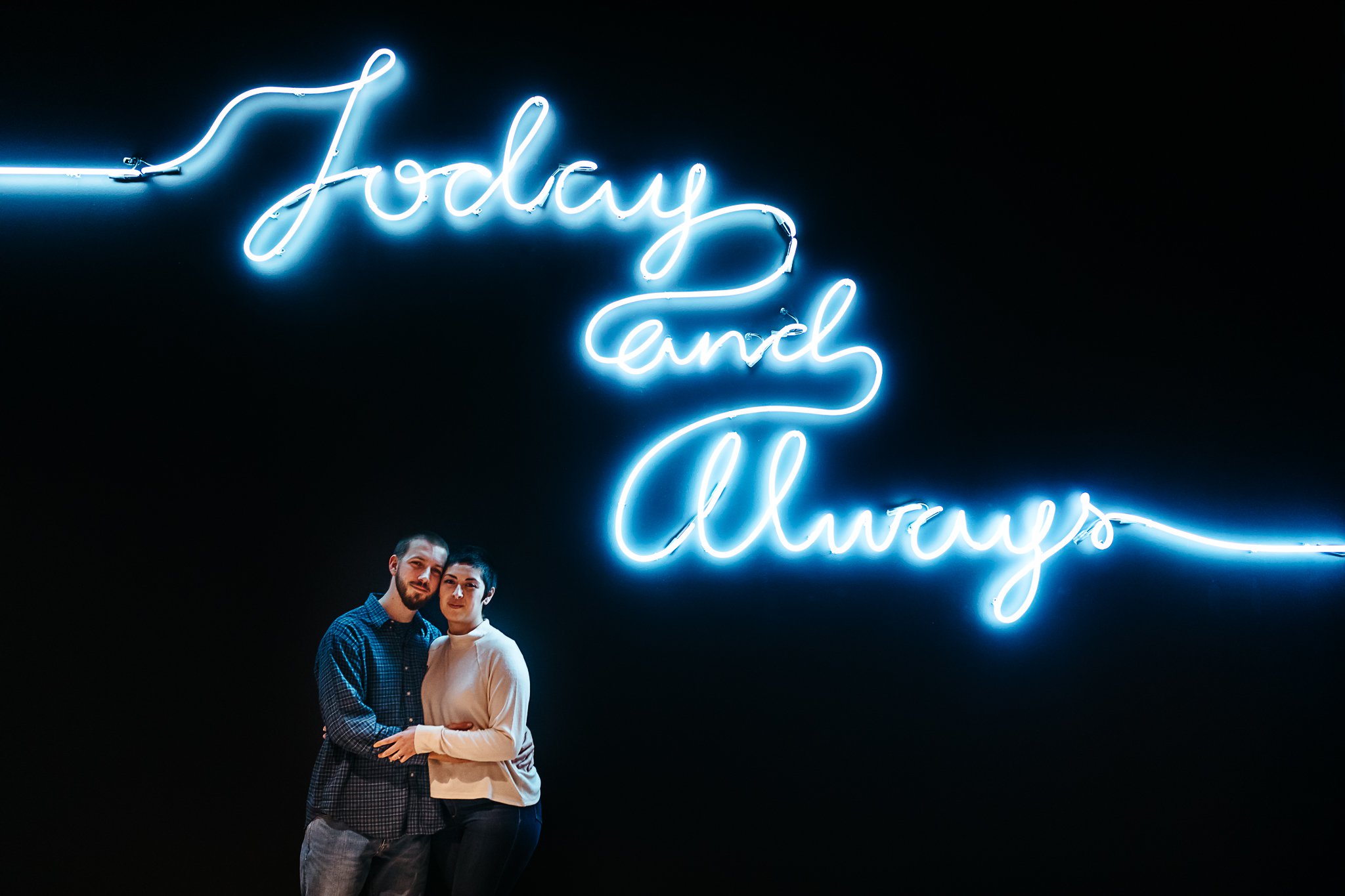 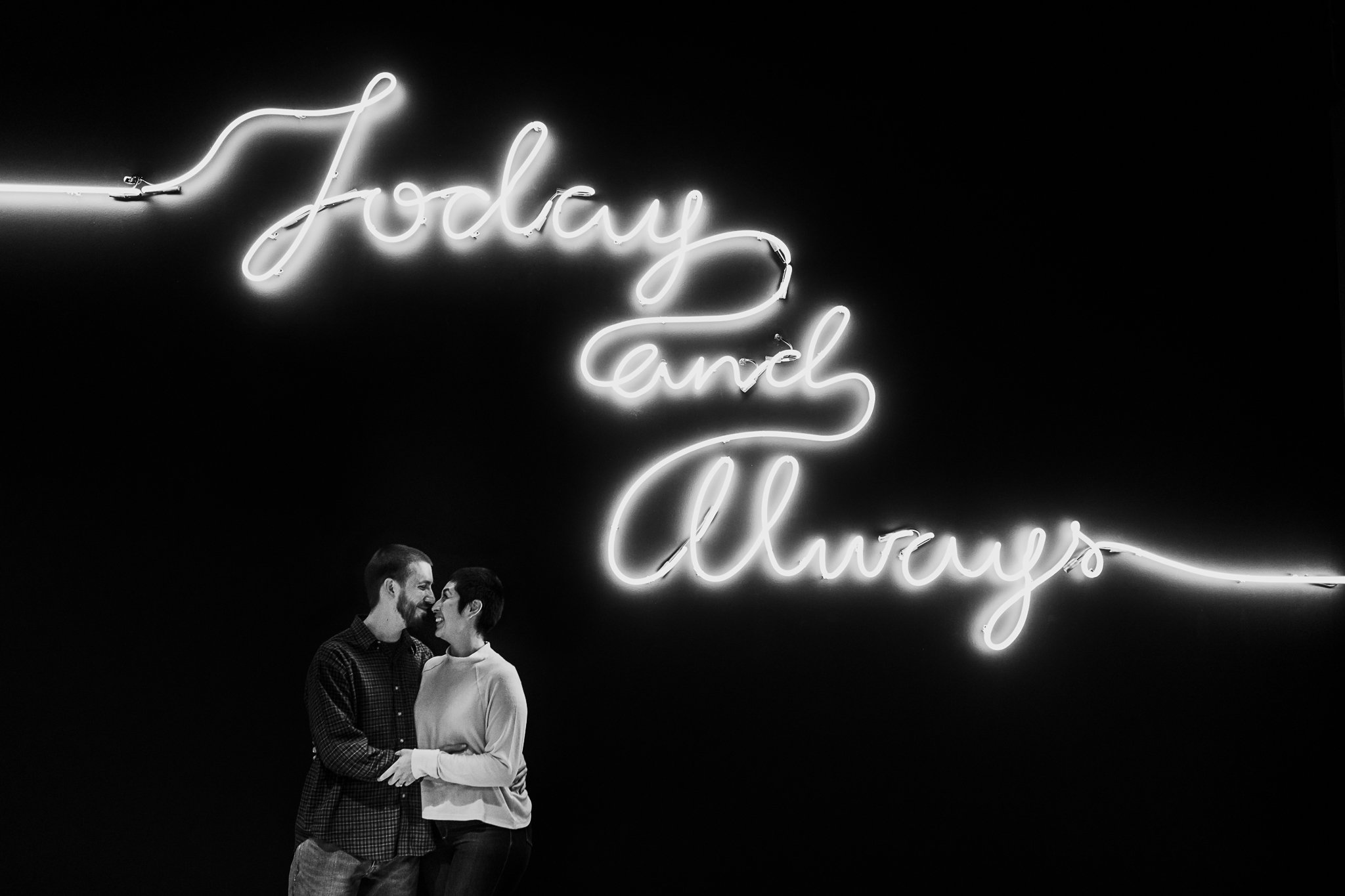 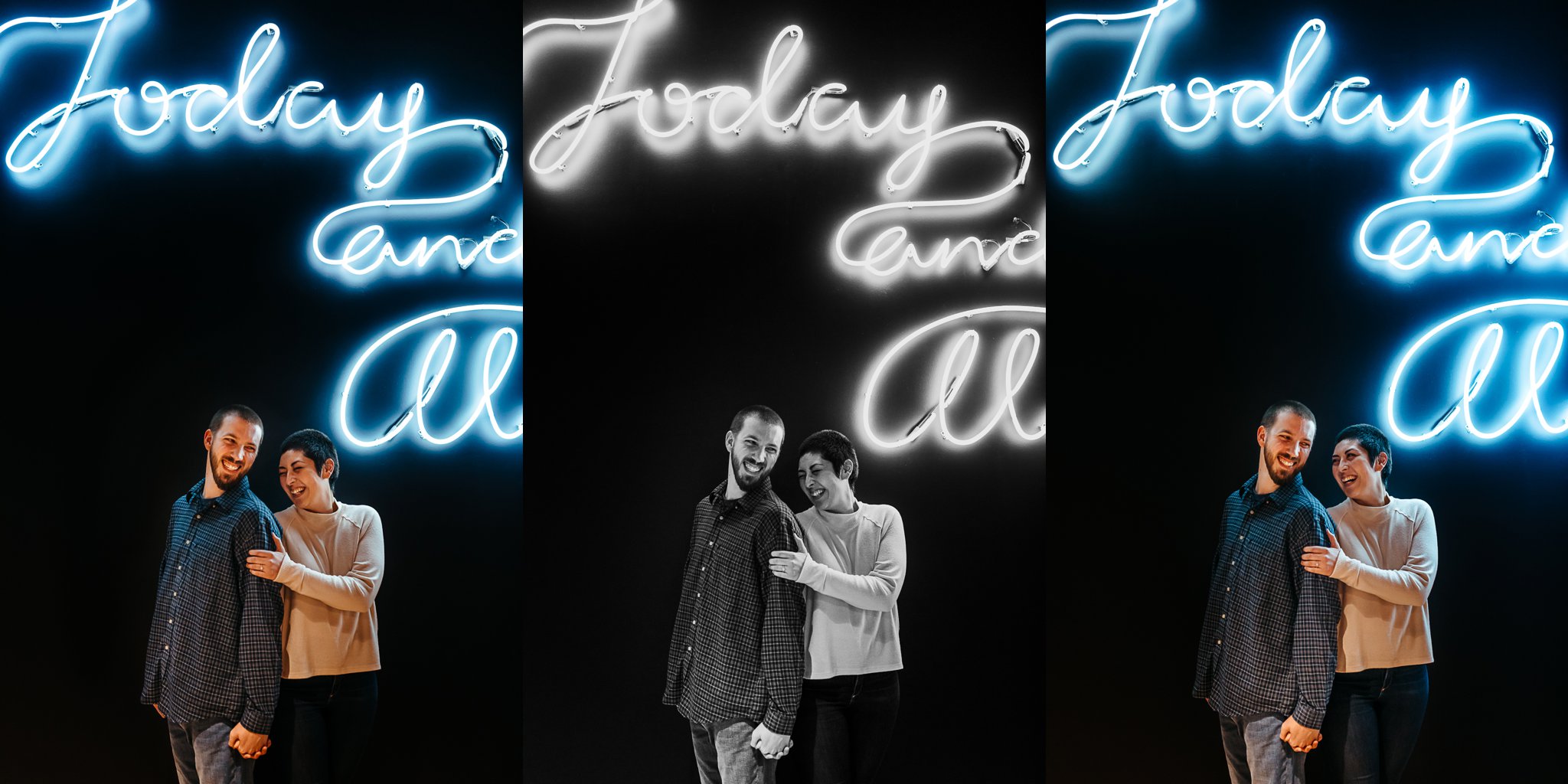 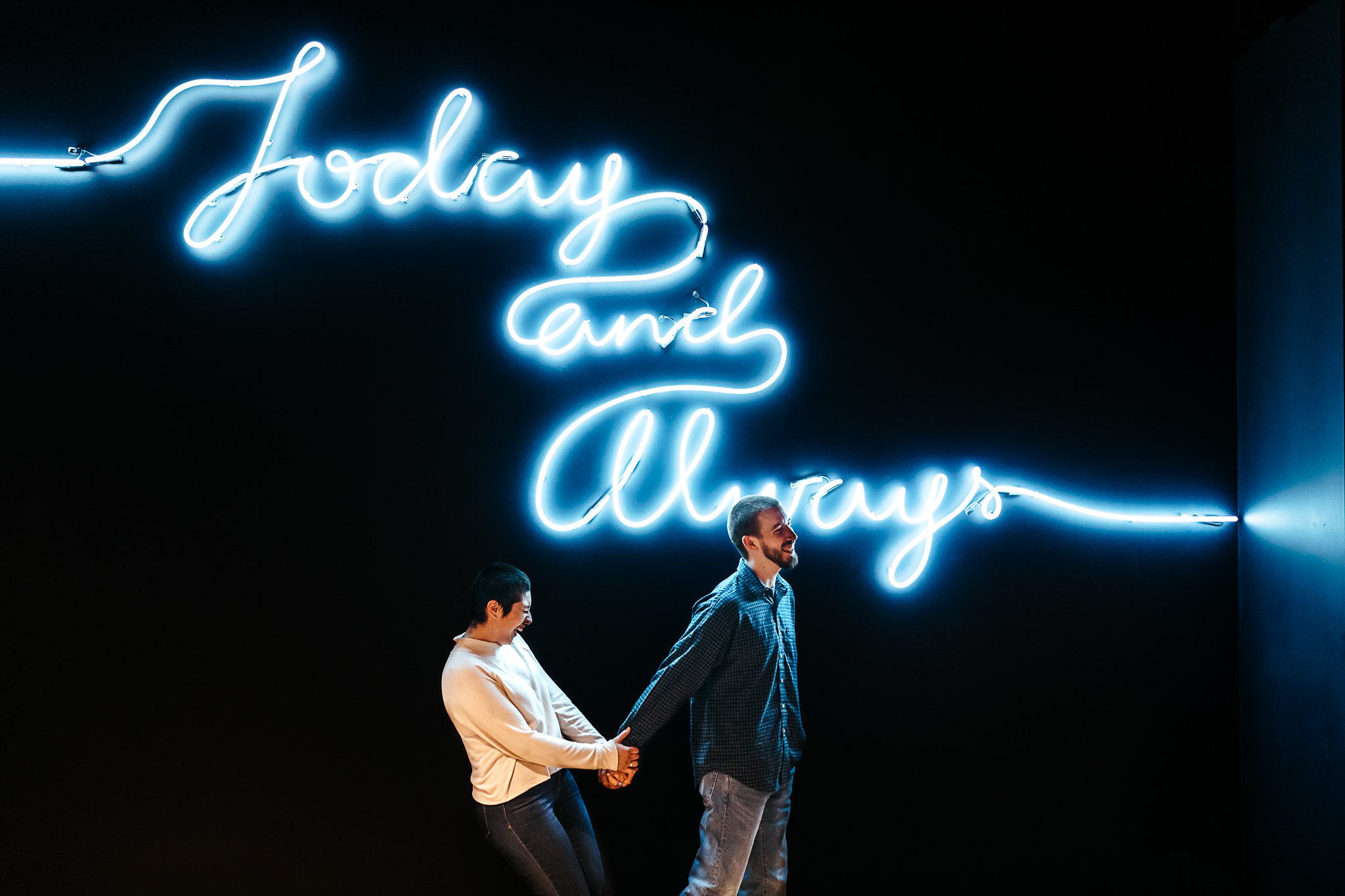 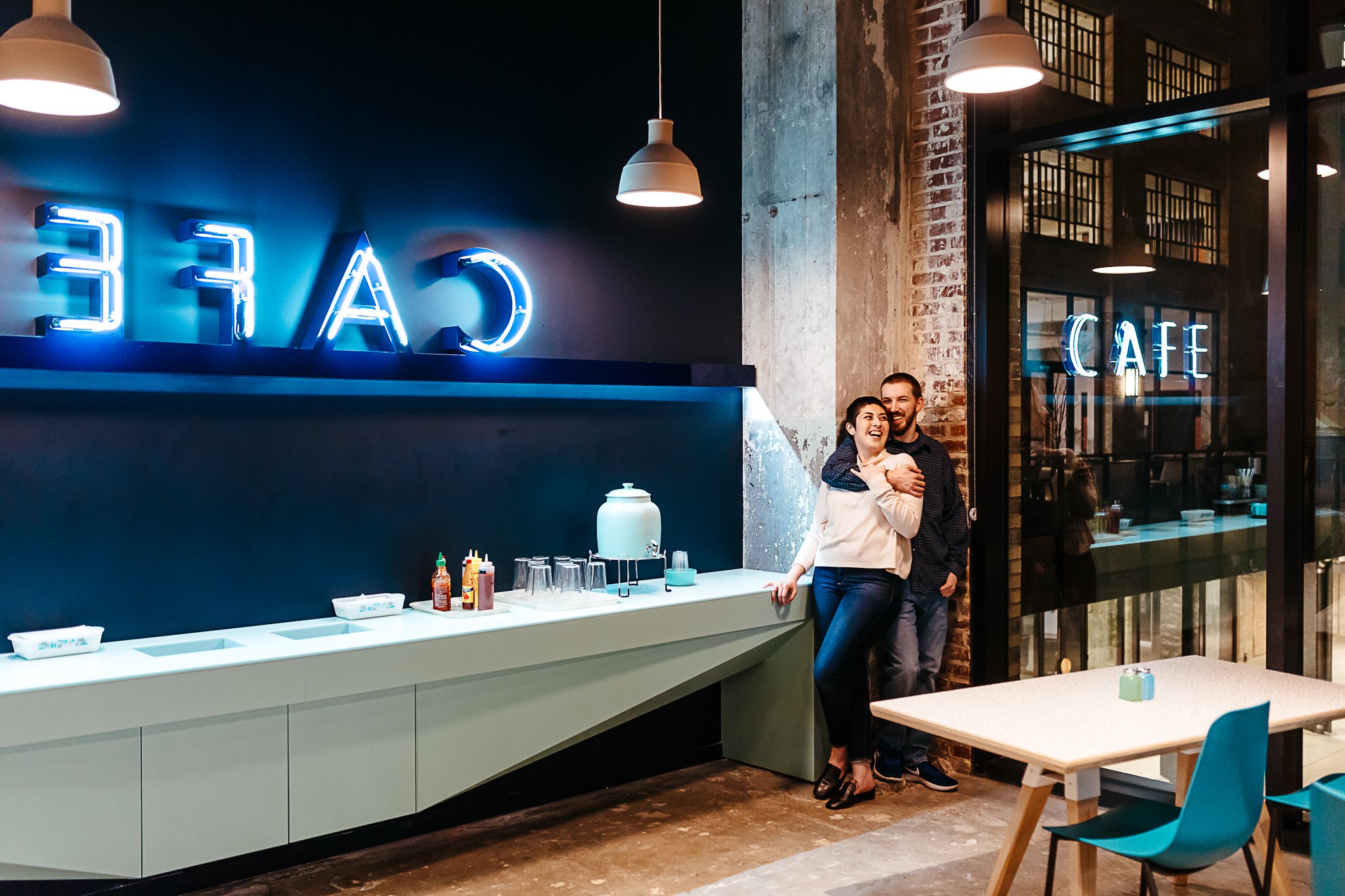 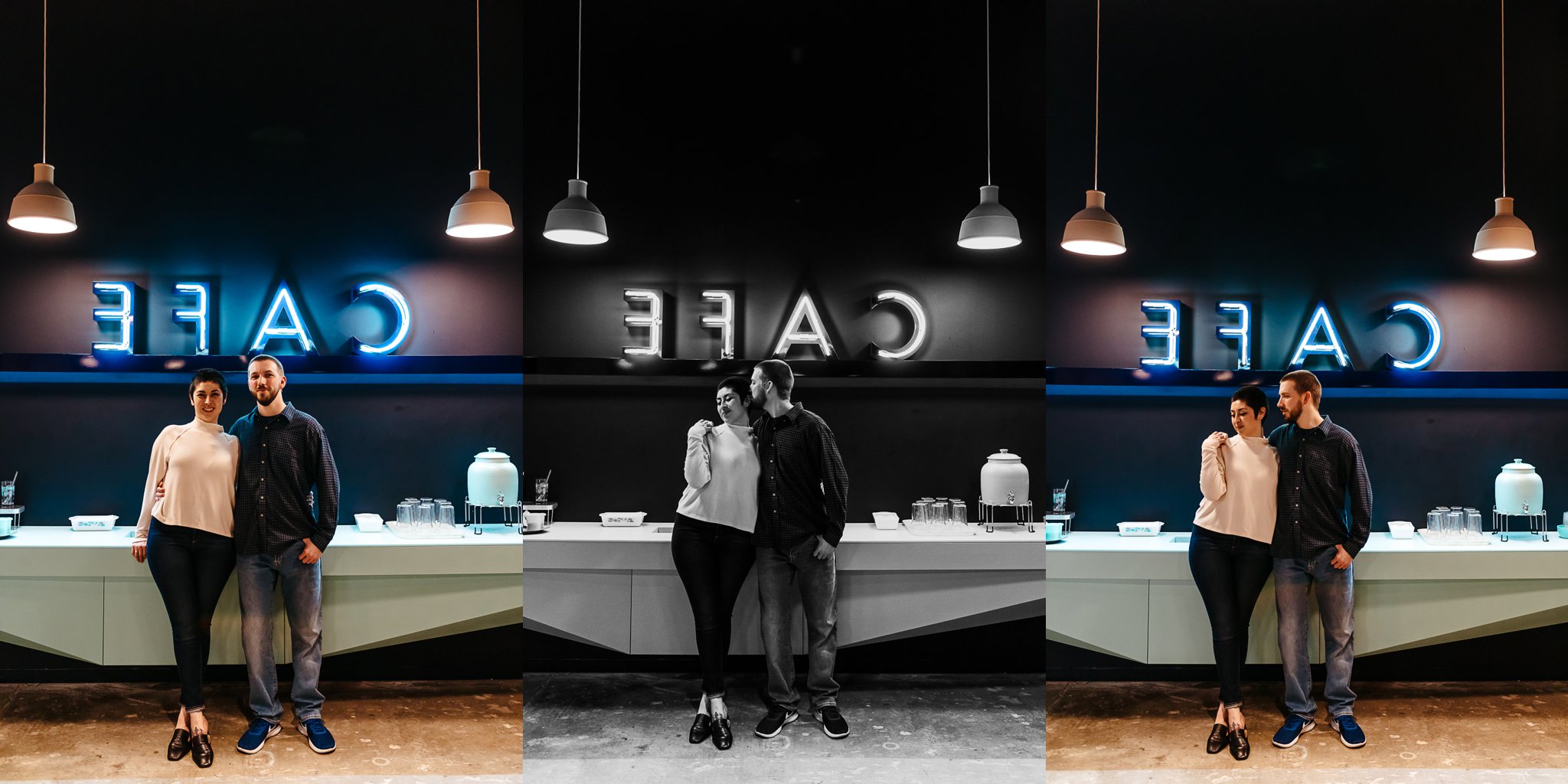 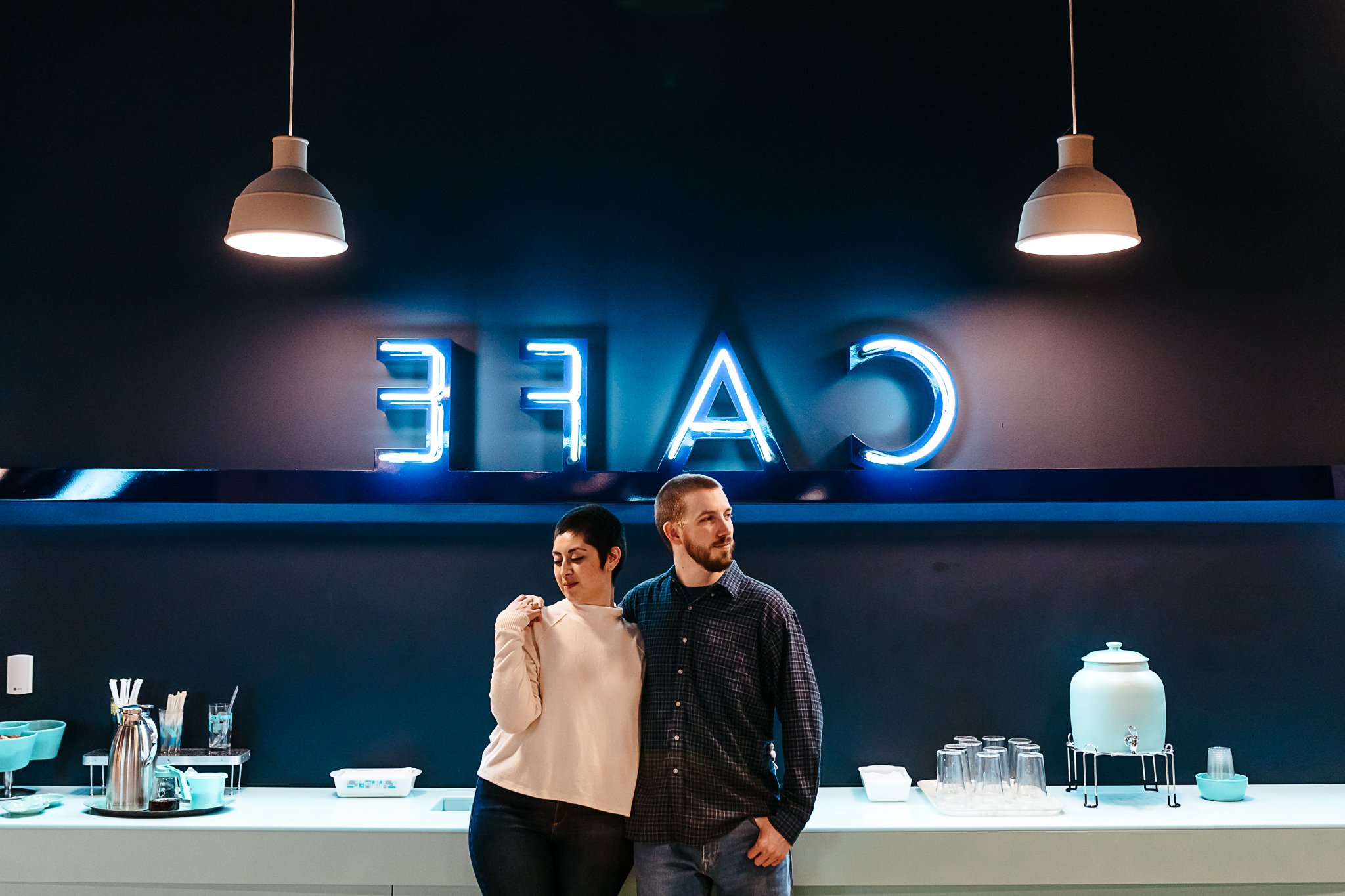 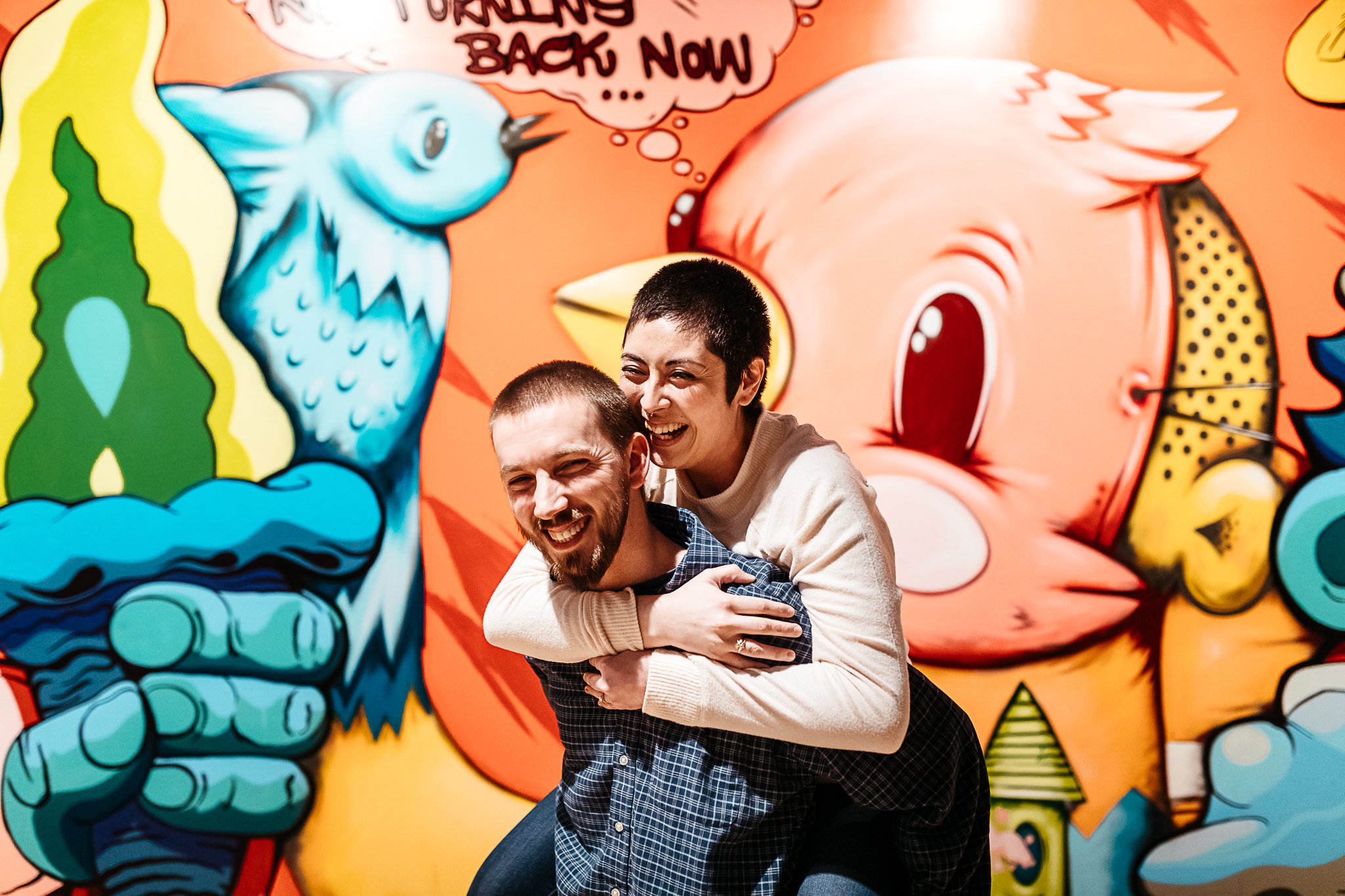 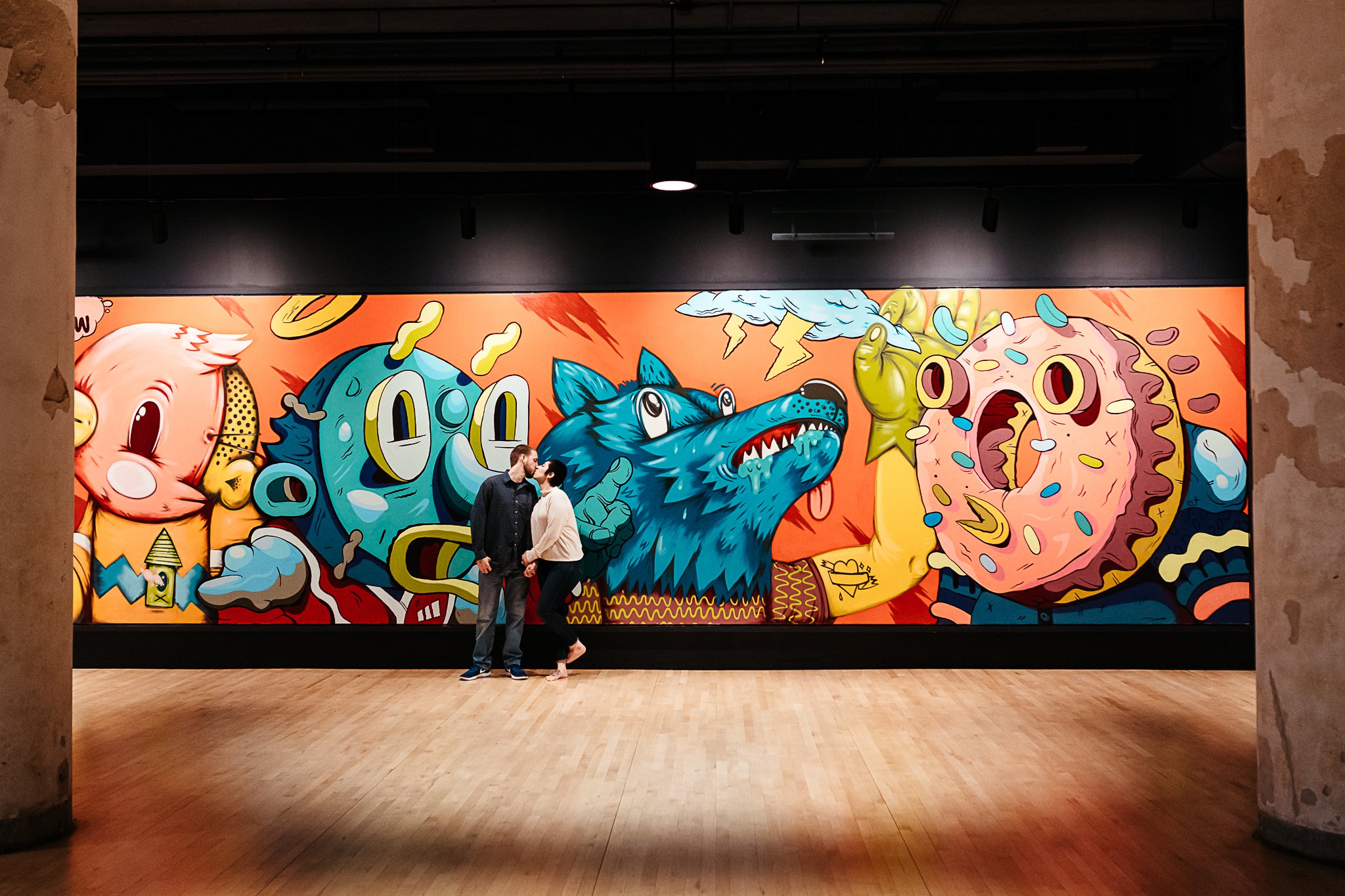 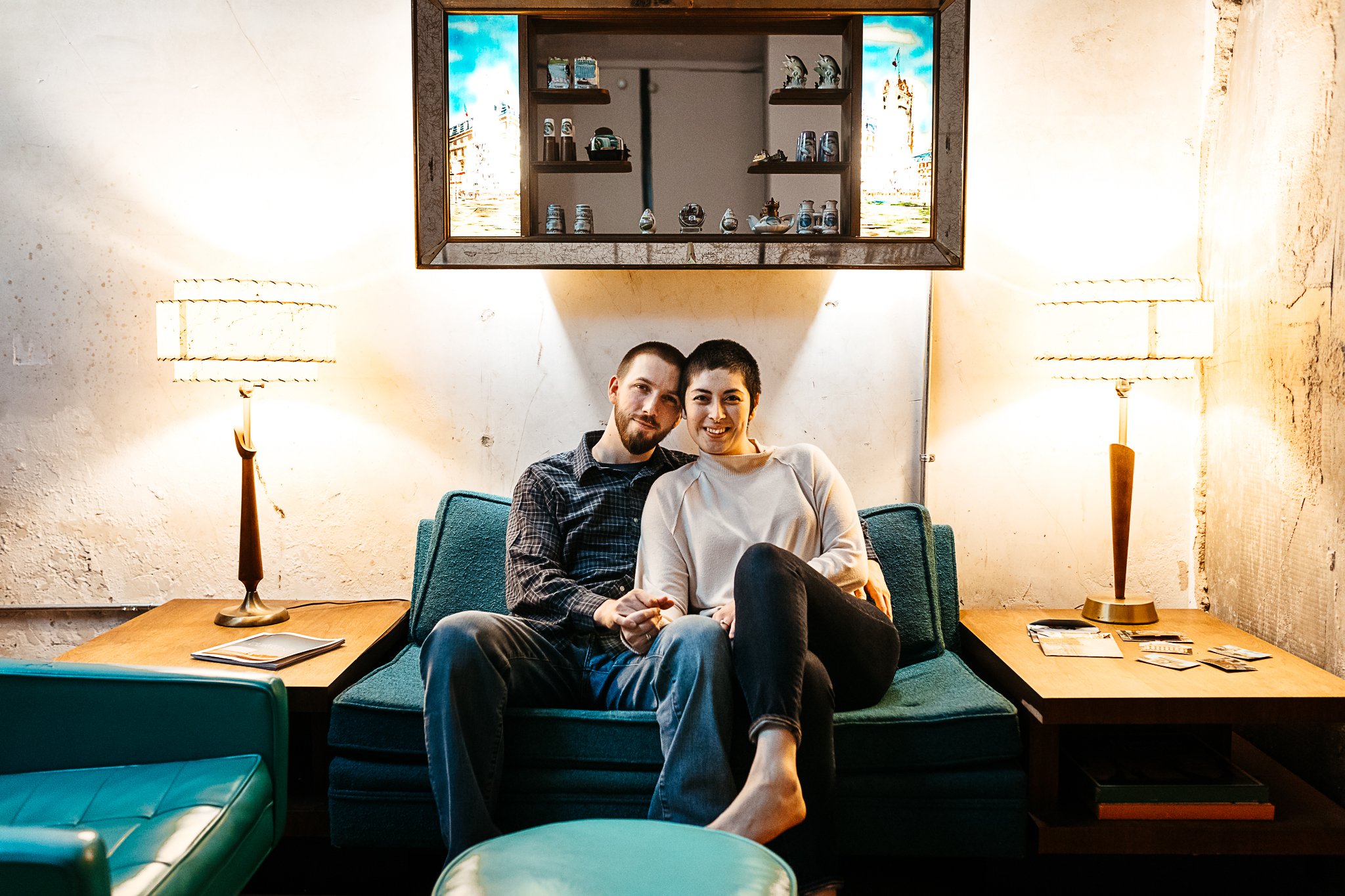 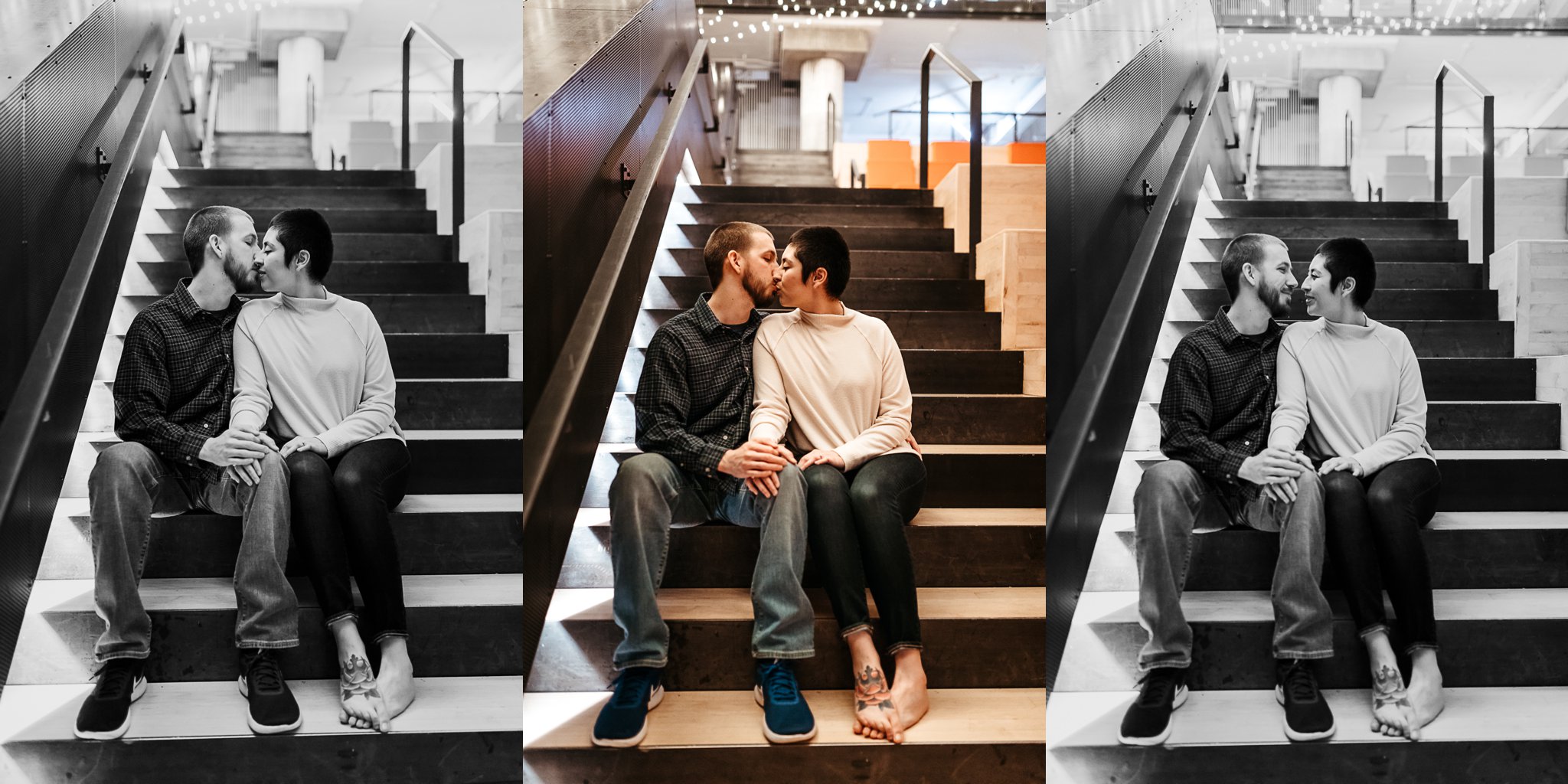 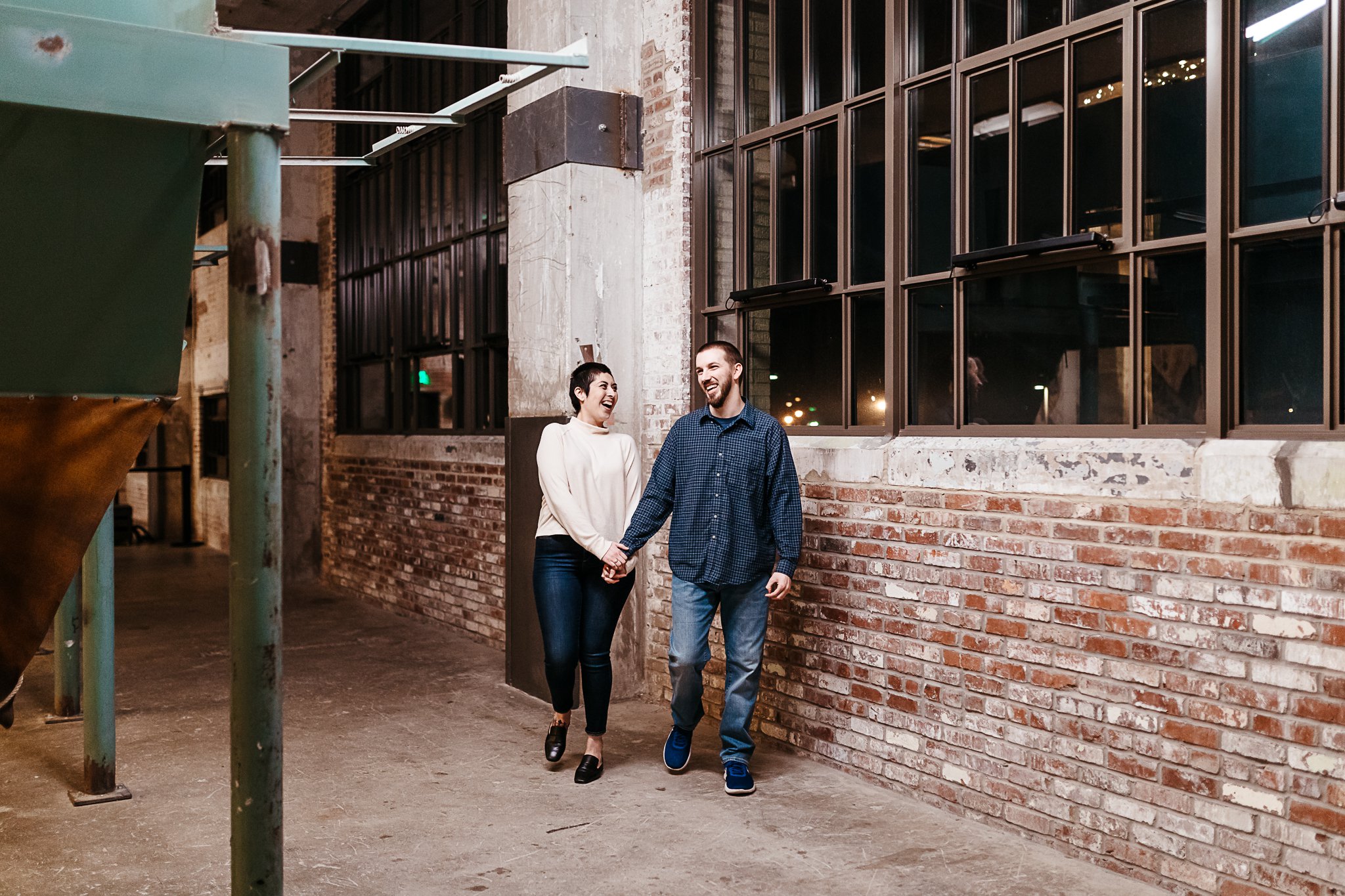 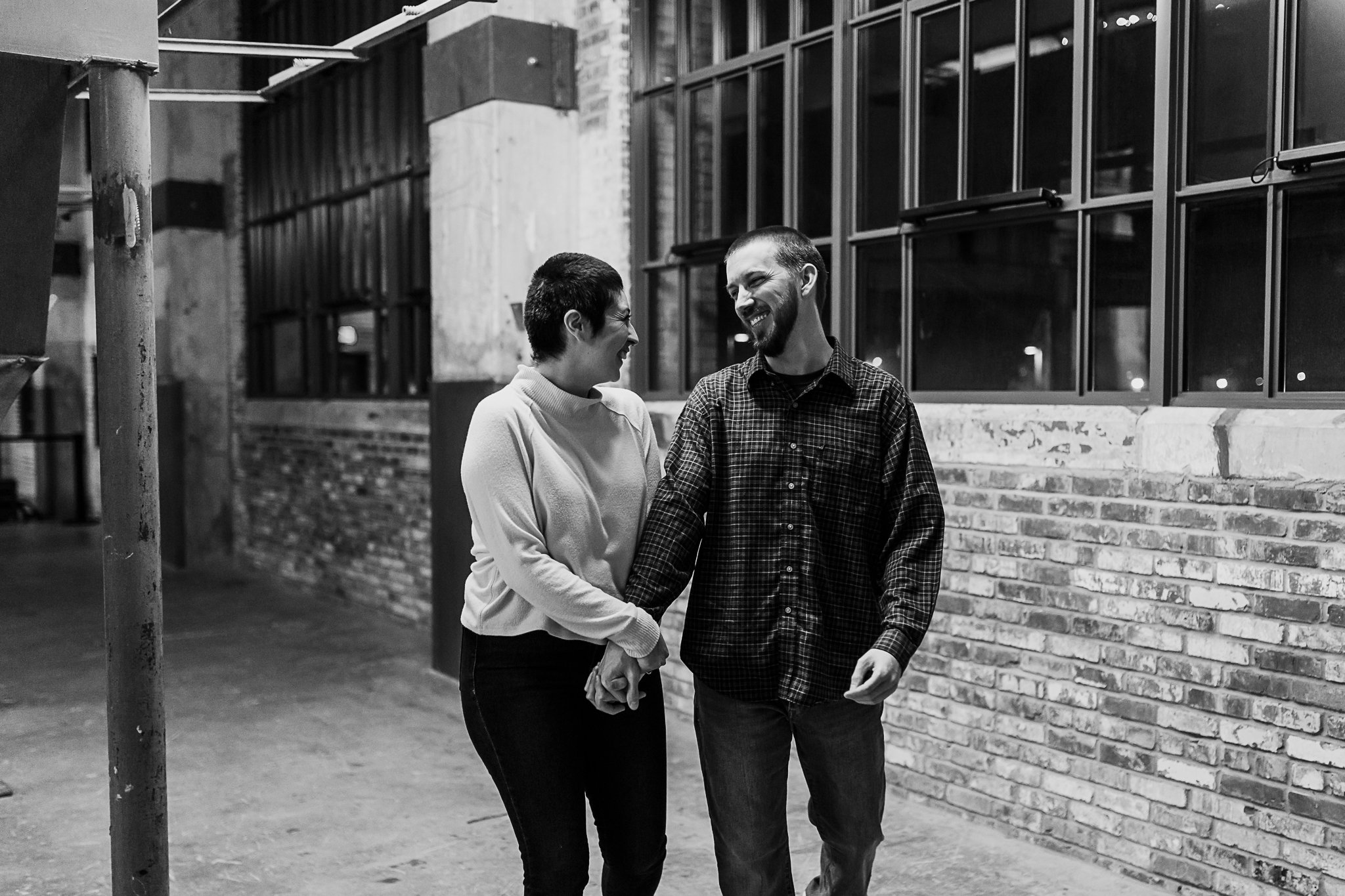 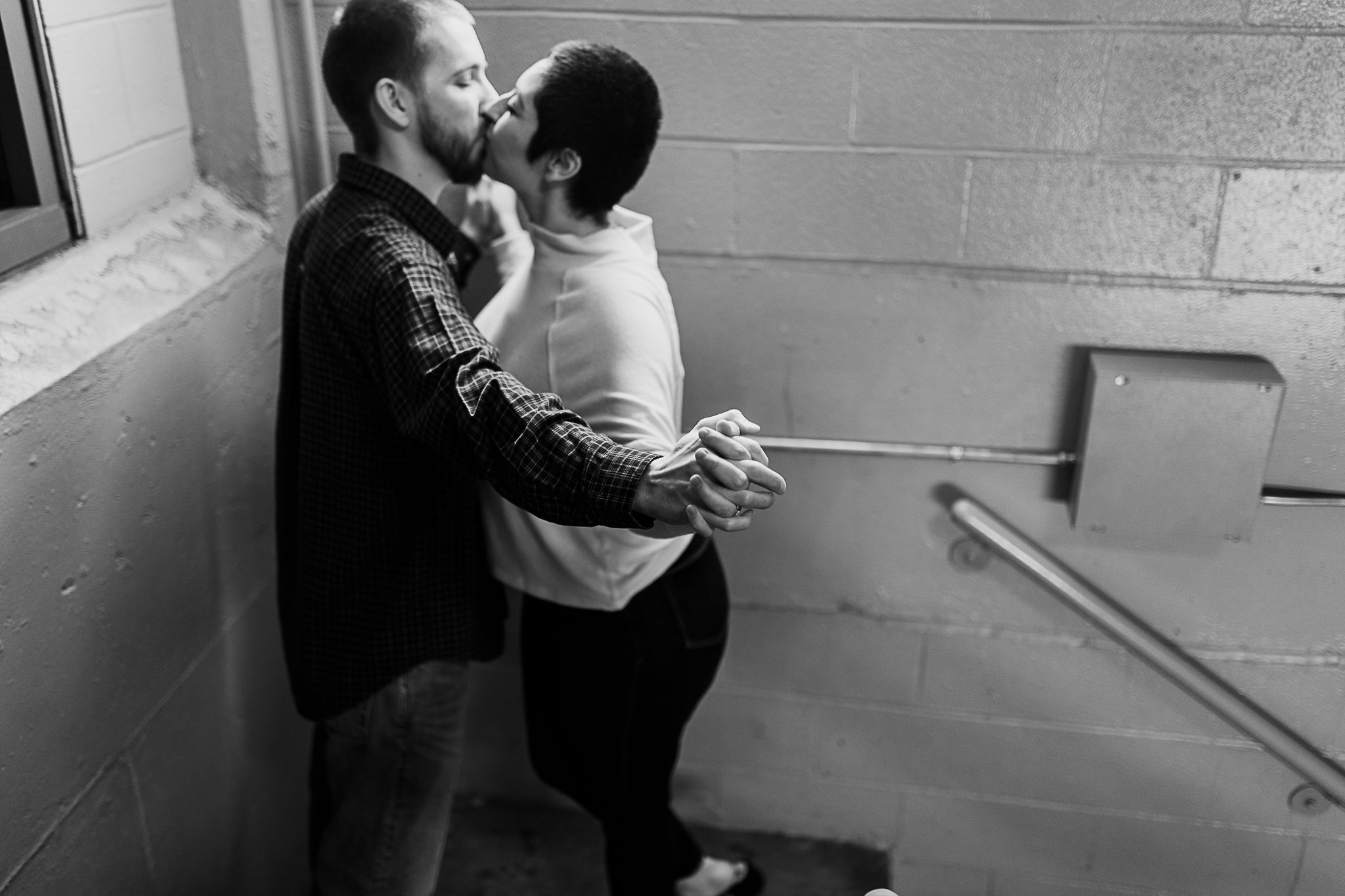 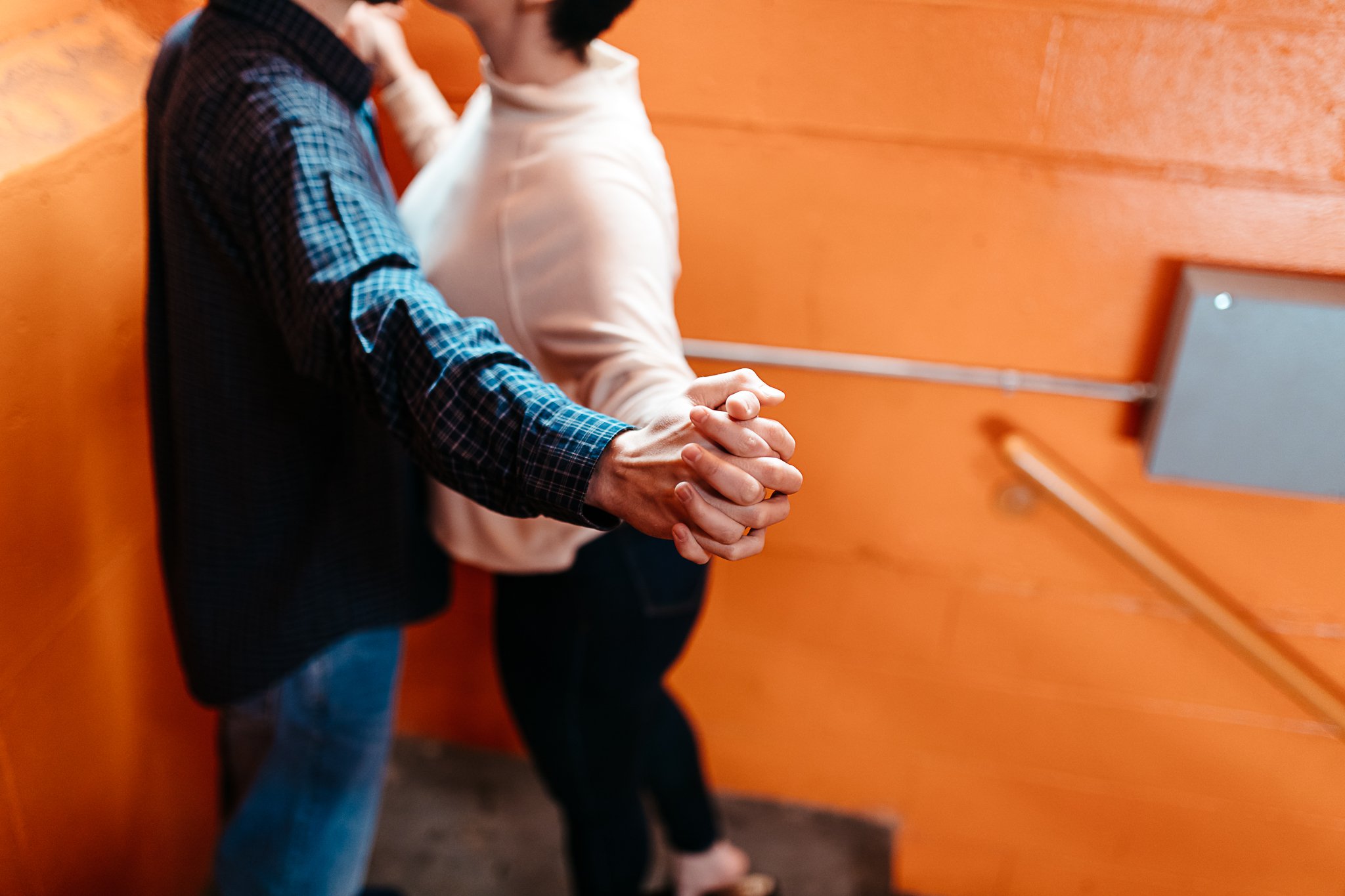 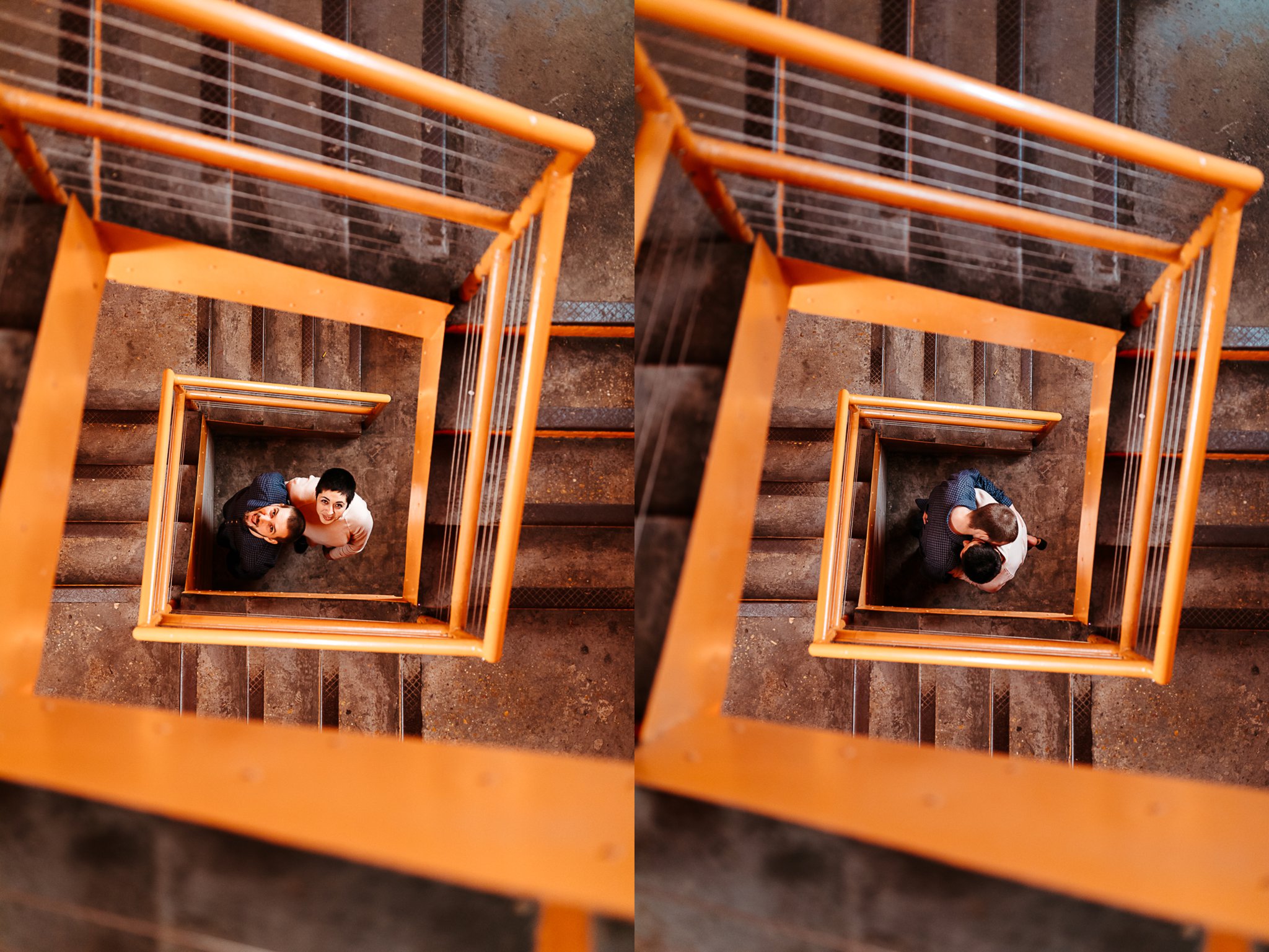 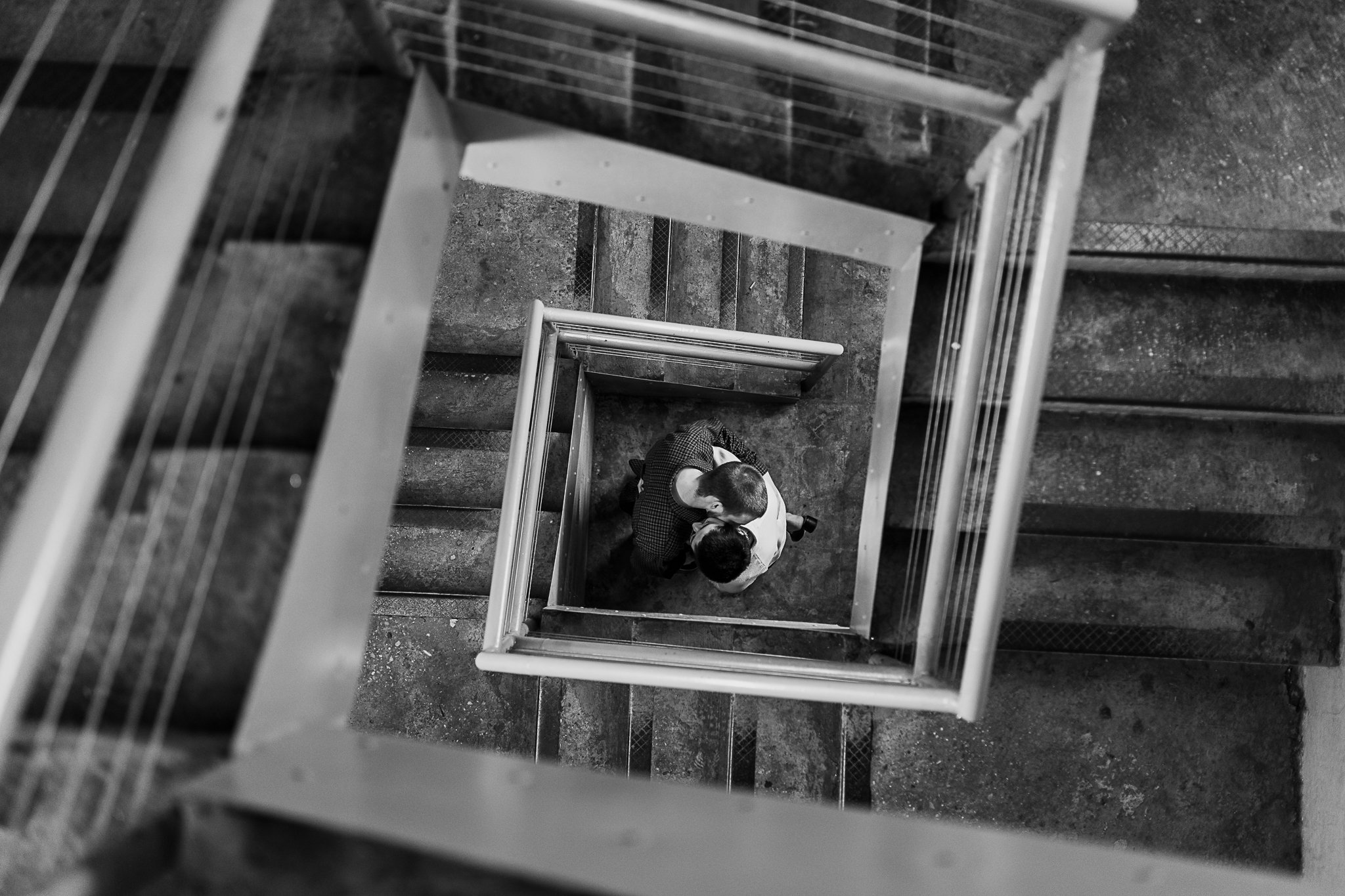 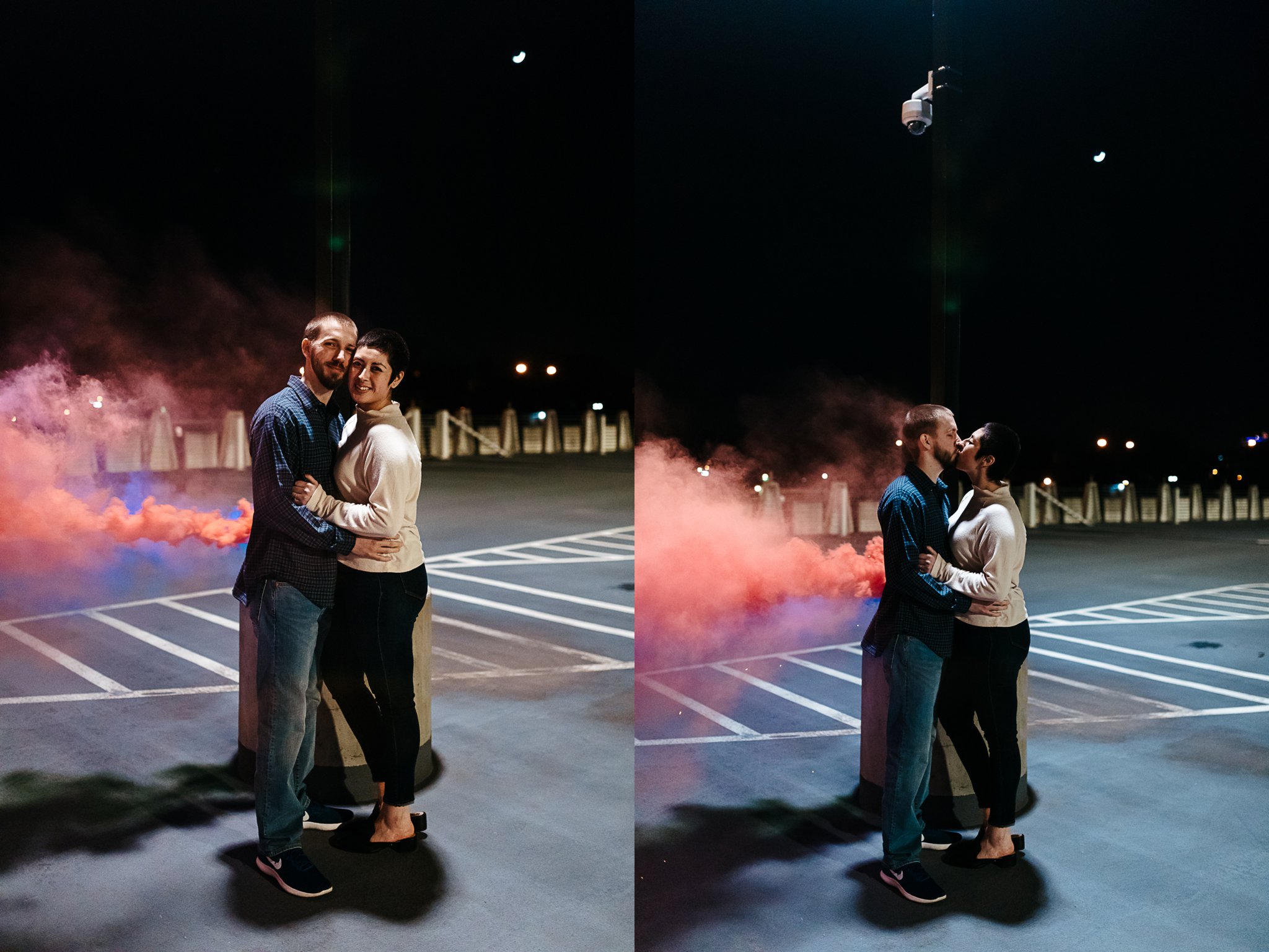 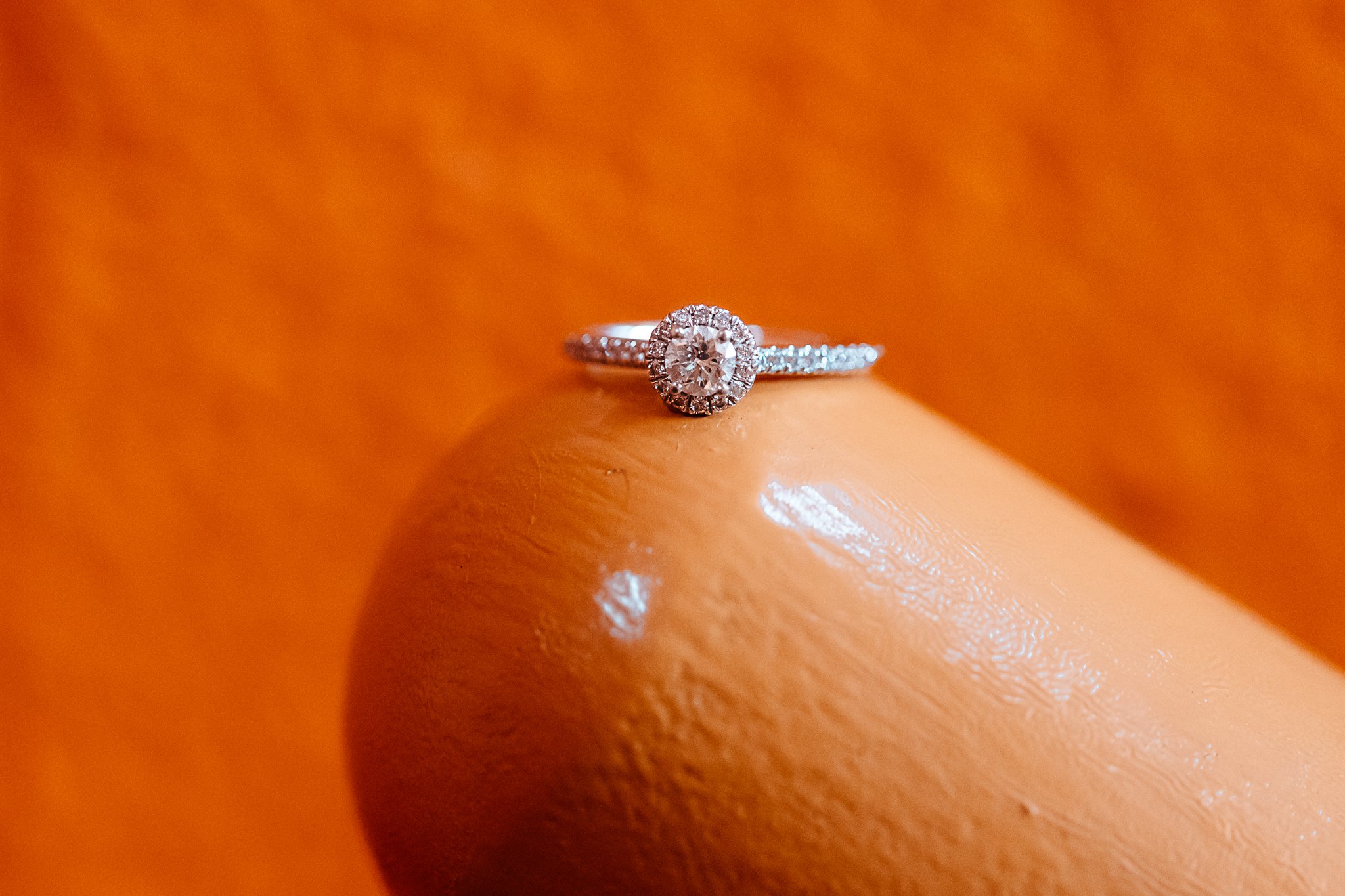 Engagement sessions are the PERFECT way to get comfortable with your photographer in front of a camera before your wedding! All JMP packages come with a complimentary engagement session. 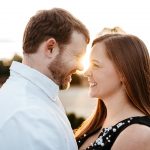 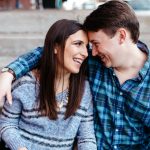